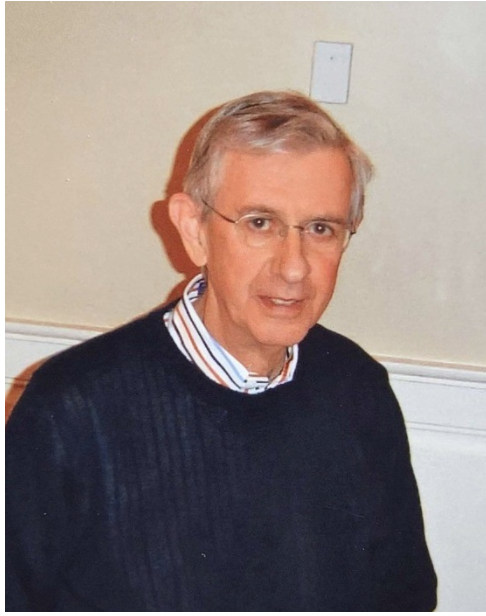 The Life of James Dresser

James Nelson Dresser, 84, died in his home in Alexandria, VA on April 10 after a long battle with Parkinson’s disease.  Jim was born to John Dobbins Dresser and Sarah Anna Rogers Dresser in Detroit, MI in 1937.  His mother passed away at a young age and he was lovingly raised by his father and his step-mother Mary Evans Dresser.

Jim graduated from Purdue University in 1959 with a Bachelor of Science degree in electrical engineering.  While at Purdue he was a member of the Phi Chapter of the Theta Tau Fraternity.  After serving his country in the United States Army, he attended George Washington University graduating with a Juris Doctor degree in 1966.  He became a patent attorney and eventually a partner in the Arlington, VA firm Antonelli, Terry, Stout & Kraus.

Jim had a passion for jazz.  He was an avid bridge player and enjoyed this pastime with great enthusiasm.  Jim was a devoted baseball fan and cheered for his hometown Detroit Tigers until the Washington Nationals came to town.  He enjoyed going to Nats games as well as Washington Capitals games with his family. His annual New Year’s resolution, ironically, was to stop reading the obituaries.

A visitation will be held at Everly-Wheatley Funeral Home on Monday, April 25th at 11am.  In lieu of flowers the family asks that donations be made to the Michael J Fox Foundation for Parkinson’s Research or the Alzheimer’s Association of Chicago, Illinois.