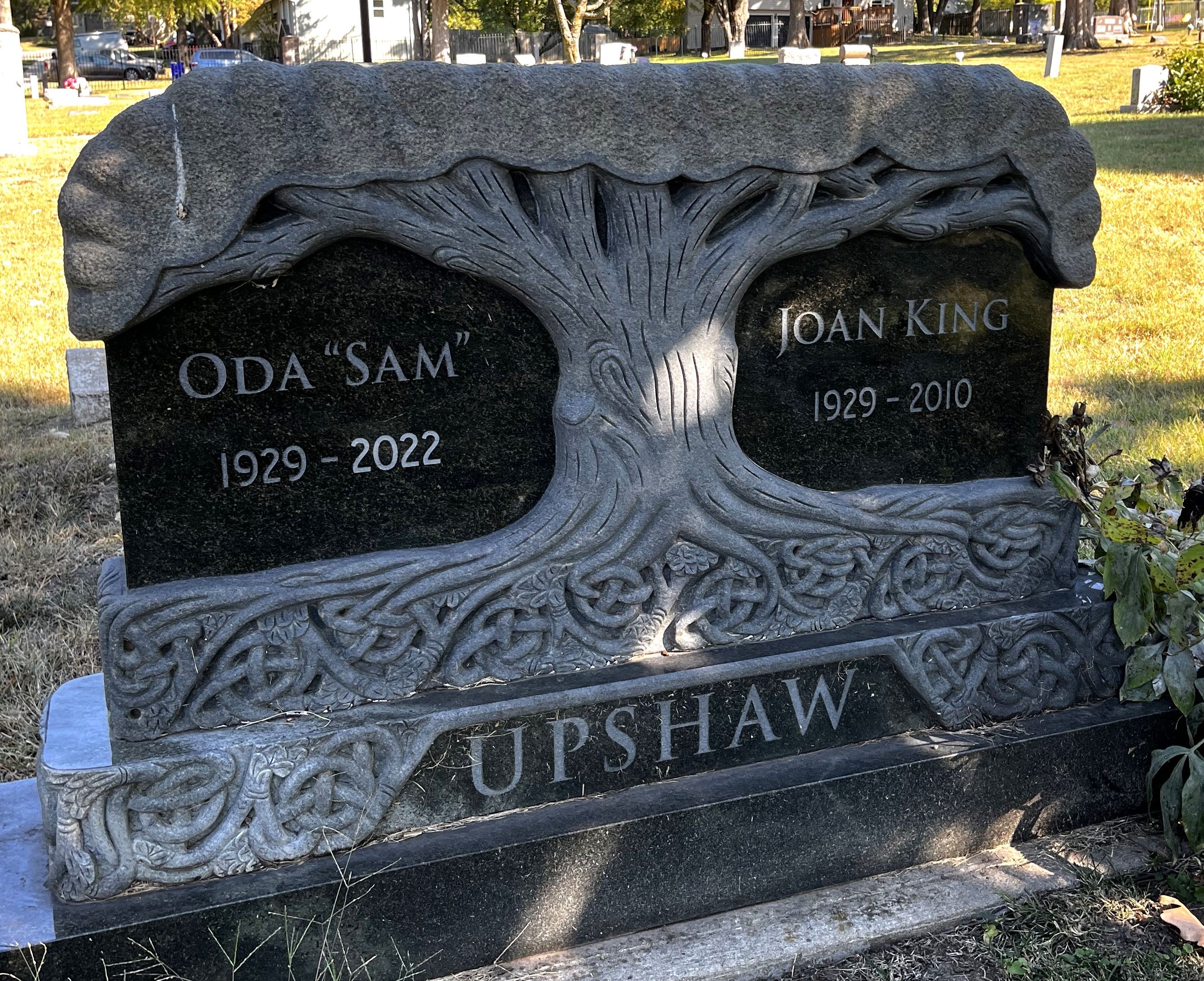 The Life of Oda Carroll Upshaw

Sam had a long, dedicated career in government service. He enlisted in the Navy as a teenager and served over 20 years. In the Navy he worked as an air traffic controller and met his wife Joan who was also in the Navy. Joan and Oda married November 2, 1950, at the Navy base chapel in Corpus Christi, Texas. While in the Navy he spent many months away from home on international service details like Operation Deep Freeze in Antarctica.

After retiring from the Navy, Sam continued his government service as an air traffic controller at a major control center in Olathe, KS. He went on to work as a civil servant at several government agencies including the Department of Agriculture and the Environmental Protection Agency, and then retired from government service. But he never really retired. He worked alongside his wife Joan in her business, Social Work p.r.n., and continued to head the firm upon her death.

In addition to work, Sam was dedicated to family. For his generation, Sam was an unconventional husband and father in that he did most of the cleaning, grocery shopping, and cooking for the family. His children fondly remember many of his go-to dishes.

Sam’s early experiences as a child living through the Great Depression likely shaped his lifelong concerns for the struggles of marginalized and disenfranchised people and communities. It hurt him to see anyone suffer, and he generously gave to democratic and charitable causes.

Travel was one of the passions that Sam and Joan shared. They travelled the country many times over, always by car. They likely visited every state, musing about their favorite towns/cities, roadside stops, and eating establishments.

After losing his wife of 60 years, Sam took comfort in later life living in the home they built together in Olathe with the support of family close-by, and the companionship of two Pomeranian fur babies, Jesse James and Harley.

Sam will be greatly missed, but the family is comforted that he joins his beloved Joan.

Visitation and funeral services will be privately held.

In lieu of flowers, the family requests donations to https://www.stjude.org/

Persons can offer fond memories and expressions of sympathy may be shared at www.McGilley-Frye.com for the Upshaw family.