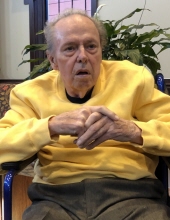 Marc VanderLinden, 80, passed away on December 29, 2021 at Valley View Village in Des Moines. He was born in Des Moines, IA the son of Clarence and Leateane VanderLinden on February 19, 1941.Marc graduated from East High School on January 28, 1960 and later from Grandview College on June 7, 1963. In December of 1963, Marc married the love of his life Carol. Marc was a business owner throughout his life. He was the owner of AudioCom Inc. from 1968-2015. He and his wife Carol owned and operated Van Dee’s Ice Cream Shoppe from 1990-2013.Marc had a passion for hunting and fishing. He enjoyed visiting and boating at Clear Lake which he’s been doing since he was a kid. He had the talent of being able to work on almost anything that had to do with electronics, wood-working, home improvements, and automobiles. Marc was also an avid fan of Popeye, Donald Duck, and the Oakland Raiders.Marc is survived by his children, Rick VanderLinden and Jill VanderLinden; grandchildren, Valis, Dharma and Serius VanderLinden; brother-in-law, Dale (Linda) Webb. He is preceded in death by his wife and his parents.