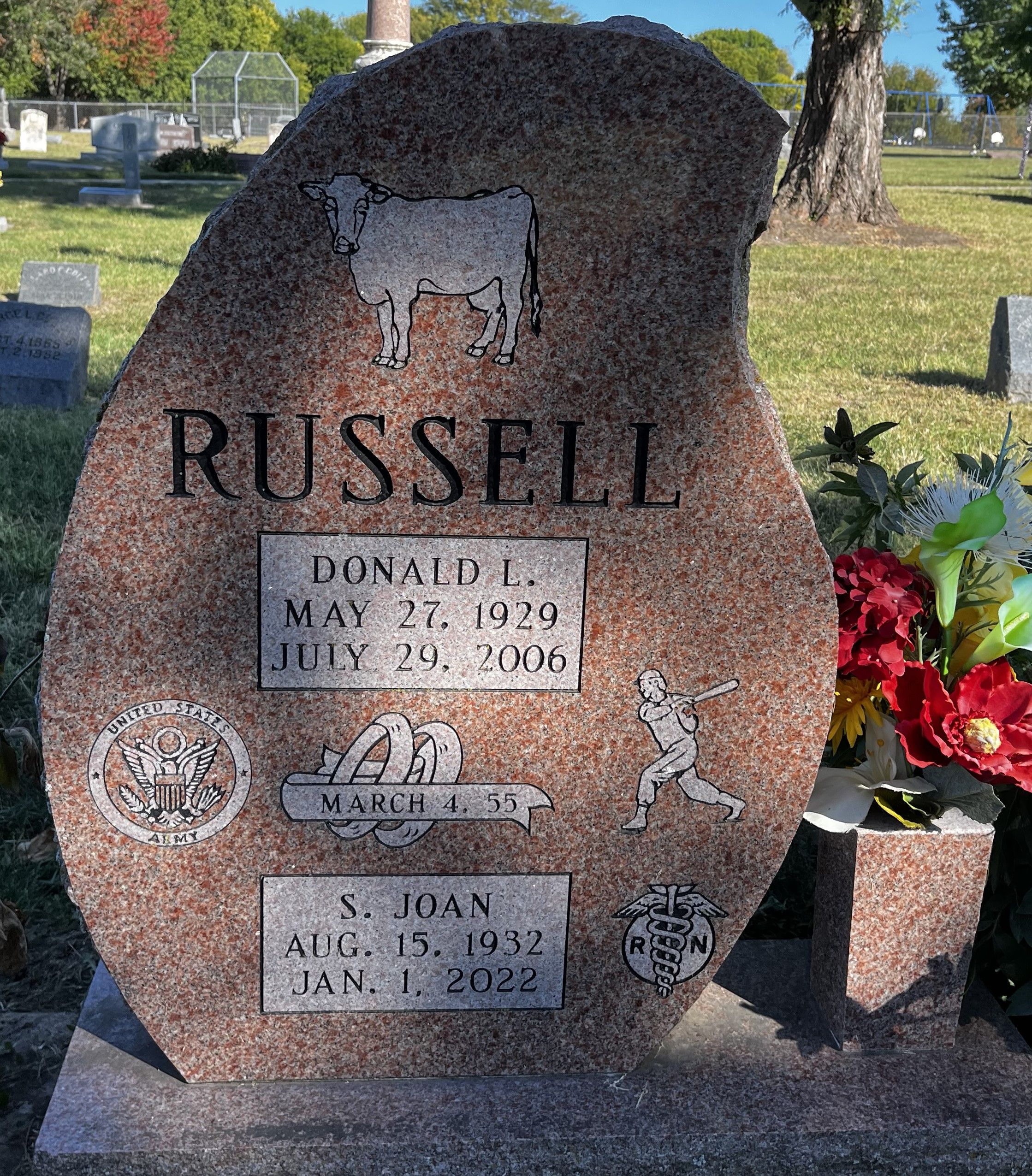 The Life of Shirely Joan Russell

Shirley Joan Russell of Olathe, Kansas joined Jesus in Heaven on January 1, 2022 at the age of 89.

Joan was born in Barnard, Kansas to Percy Dale and Hazel Fern Norris on August 15, 1932. She graduated from Ellsworth Kansas High School where she also played on the volleyball team, and then became a registered nurse after graduating from the General Hospital Nursing program In Kansas City, MO in 1953.

Joan married Donald Lee Russell on March 4, 1955, and they were fortunate to celebrate over 51 years of marriage. Together Don and Joan had three children and enjoyed a busy life raising cattle and other farm animals, growing crops, going to baseball games, and seeing musicals at Starlight Theater.

Joan worked as a surgical nurse at Kansas City’s General Hospital, and a medical/surgical nurse at Ellsworth Hospital and Olathe Hospital. She was a private duty nurse in the Olathe area, worked as a nurse at the Kansas School for the Deaf, and finally retired after working for GEHA insurance.

In her spare time Joan loved to design floral arrangements and attended floral design school in Lawrence, KS. She then established her own business, Russell’s Floral Silks and Gifts, and continued to create elaborate floral arrangements for weddings, church displays, craft shows, and other events until just before her passing.

Joan was a longtime member of First Baptist Church in Olathe and stayed very active with Bible studies into her later years. She was a dedicated and hard-working nurse, wife, mother, and grandmother. She enjoyed supporting her children and their many 4-H projects, cheering on Kansas City sports teams, and supporting her granddaughters with their various activities and sports as they grew up. Family and friends will fondly remember her cooking, chatty demeanor, readily having Werther’s candy in her purse, and her love for animals - including bringing calves into the kitchen to let them get warm by the oven and later adopting a barn cat (Fluffy) which she took care of for 17 years.

Friends and family are invited to attend a visitation at McGilley & Frye Funeral Home at 105 East Loula Street Olathe, Kansas 66061 on Friday, January 7th, 2022 at 12:00pm. Funeral service will be at 1:00pm with a private family burial to follow.

In lieu of flowers or other contributions, Joan’s family requests that you please make a donation to your favorite organization or charity.

Condolences may be offered at: www.McGilley-Frye.com