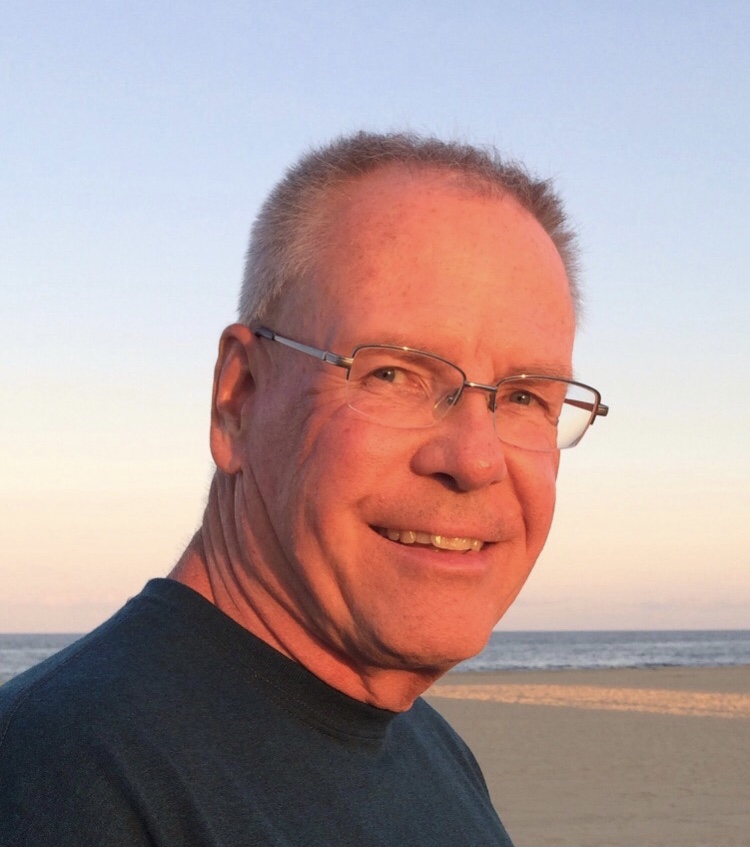 The Life of Stephen S. Helms

Steve was a graduate of Loyalsock High School, Class of 1971, he went on to graduate from the Indiana University Police Academy and Kutztown University, with a Bachelor's Degree.

Stephen began working for Hurr Dairy in Williamsport, then went on to working for WMPT Radio, as a D.J. under the name Steve Herr.  Steve then worked for Zenith Corporation.  Stephen was employed as the Director of Environmental Health and Safety of Kutztown University of Pennsylvania, for 31 years until his retirement in 2016.  Concurrently he worked part time with the Kutztown Borough as a Police officer.  Following his retirement from the University, Steve founded sHs Safety and Training Consulting Service, occupational safety - fire protection and prevention- and incident management consulting service to businesses, educational facilities, and emergency response agencies.

Steve was a dedicated member of Fire Service nearly his entire life, beginning when he was in high school, he has dedicated 52 years as both an active volunteer and as a fire instructor.  His service began at Loyalsock Fire Company.  He has served as an instructor for FEMA/DHS from 1995 to 2021; Pennsylvania State Fire Academy from 1990 to 2021; Berks County Emergency Management Agency 1988 to 2000; IMT Health and Safety Workgroup / South Central Task Force 2017 to 2021; National Fire Academy Instructor; Berks County Haz-Mat Team Member 2002 to 2021.

Steve enjoyed Penn State Football and was a season ticket holder for over 35 years.  He also enjoyed attending the Little League World Series Games.  He enjoyed traveling, especially anywhere there was a beach or water.  He enjoyed gardening and landscaping around home and spending time with his daughter Leanda.

A memorial service to celebrate Stephen's life will be held on Thursday, January 6, 2022, at 2:00 p.m. from Ludwick Funeral Homes and Cremation Care, Inc., 333 Greenwich Street, Kutztown, with The Reverend Arthur L. Hahn, officiating.  Inurnment in Union Cemetery of Bowers.  Relatives and friends are invited to a visitation on Thursday, from 1:00 to 2:00 p.m. in the funeral home.  The family respectfully requests that masks be worn by all while attending services within the funeral home.

The family suggest contributions, in lieu of flowers be considered in Steve's memory to National Fallen Firefighter Foundation at firehero.org/donations

I met Steve when I became a fire instructor.  I had the fortune to meet and work with him at the PA State Fire Academy in the 1900's.  We did the structural burn classes together, as Adjuncts.  It became apparent to me how consumate of a professional he was with regard to public safety.  He was liked and well know within the instructor ranks, in particular for his Safety Officer classes.  He was concerned with the campus Safety at KU, and was proud of his efforts to continually improve upon it.  He had me come there quite a few times since 2001, to teach staff and the local responders about the topic at hand.  He and I got a little closer as friends, and we shared many conversations about life and the Fire Service.  Thank you my friend, I will miss you until we meet again.  Thank you for being you. 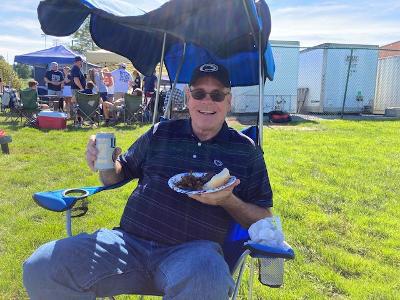 Since 1994 Steve has been a co-worker and a friend.  We worked at KU together.  He was a consummate professional, cared deeply about his work and profession, was a loyal employee and always gave everything he had.  As a friend, I enjoyed his company immensely.  It wasn't always that way, and as anyone who knew him knows, he could be a real pain -in -the-hindquarters sometimes, but then he would say the same thing about me, and did, often!  Our friendship didn't come easily, which is probably why in part it meant so much to me, but Steve was always reaching out to me, something I admired about him a lot.  The last time Steve and I were together was at a Penn State football game and he was in all his glory; PSU football, beer, and lots of tailgating food.  This is how I will remember him.  Steve, I’m going to miss you buddy.  The world, and my heart, have a huge hole in them now that you are gone from this worldly existence.  Save me a place in heaven, will you?  I love you man.

I worked with Steve at Kutztown University for many years.  He was always the consumate professional; caring so deeply about his job and the responsibilities under his care.  He was reliable, and was always someone I could count on to get excellent advice.  I grieve his passing and express my deepest sympathies to his family.

This is hard to believe as Steve just sat with me on my patio about 2 months ago talking about what else but the Fire service and Police Departments. We talked about 4 hours and we always enjoyed each other's stories. R.I.P. Steve and my condolences to your family! You will be missed!

I worked with Steve at the Berks Fire Training Center for many years as an instructor, burn facilitator and hazmat guru. Steve was fun to be around and a pleasure to work with. It was always great to know he would have your back if you needed him. I will remember he was almost always smiling, whether he was happy or he knew he had something on ya haha. He will be greatly missed in not only the Berks emergency services community but around the country where he was always willing to step in and assist in an emergency.

I meet Steve many years ago at the State Fire Academy, we worked together a few times over the years. I also worked with Steve with the PA IMT. He will be missed by all of us. Pennsylvania is a better place to live beccause of Steve.

Steve was my friend for thirty five years. We worked for different universities for the state system of higher ed.  We helped each other with common probkems to improve the campuses we served. He will be missed. Deepest sympathy. Dave

It was my honor and prividedge to teach alongside of Steve on many occasions over the last 30 years.  He was one of the first instructors I met with I moved to Berks County in 1988, and he always made me feel welcome.  We taught many classes together as well as national certification testing.  We always carpooled when we were called to work at the Northhampton County Fire School and was a pleasure to talk to and learn from him during those trips.

Steve was my partner when we did our Z-FED re-certification at the PA State Fire Academy in the late 1990's. He helped to make it a great 3 day weekend class.

I will miss our interactions. Rest in Peace my friend.

This was indeed unhappy news. I first met Steve shortly after I hired out as an instructor at the PSFA in 1982. He was the consummate professional who responded to any request for his knowledge and skills in promoting and improving fire service training throught the Commonwealth. When we at PSFA needed expert knowledge or another set of hands for a training event, Steve was always there. I remember the good times we experienced at Williamsport Fire College Weekend, Lewistown, and other places. I am particularly grateful for the friendship and support Steve furnished during the difficult times prior to my retirement. I offer the greatest condolence to his family and his other friends and collegues. It is not a cliche to say "He will be missed."