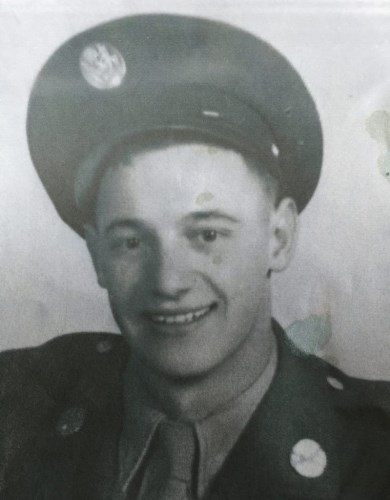 The Life of Harry J Kauffman

He was born June 5, 1926, in Port Clinton to the late Harry J. and Mada Baver Kauffman.

He was married for 69 years to the former Lillie I. Breiner.

Harry was a retired signal repairman for the Reading Railroad. He was a member of Zion's Red Church, the Schuylkill Masonic Lodge No. 138 and the VFW in Auburn. He was part of the greatest American generation, proudly serving in the Army during World War II. He sailed on the troop ship the Queen Mary and saw combat in Europe. Harry was an outstanding musician playing his instrument, the steel guitar. He played in country and western bands, bringing musical joy and smiles to audiences all over the tri-county area.

In addition to his parents, he was preceded in death by his brothers, Nevin James Kauffman (Irene) and Louis Kauffman.

Funeral arrangements were private at the convenience of the family. Memorials may be made in Harry's name to Zion's Red Church, 1287 Centre Turnpike, Box 334, Orwigsburg, PA 17961.