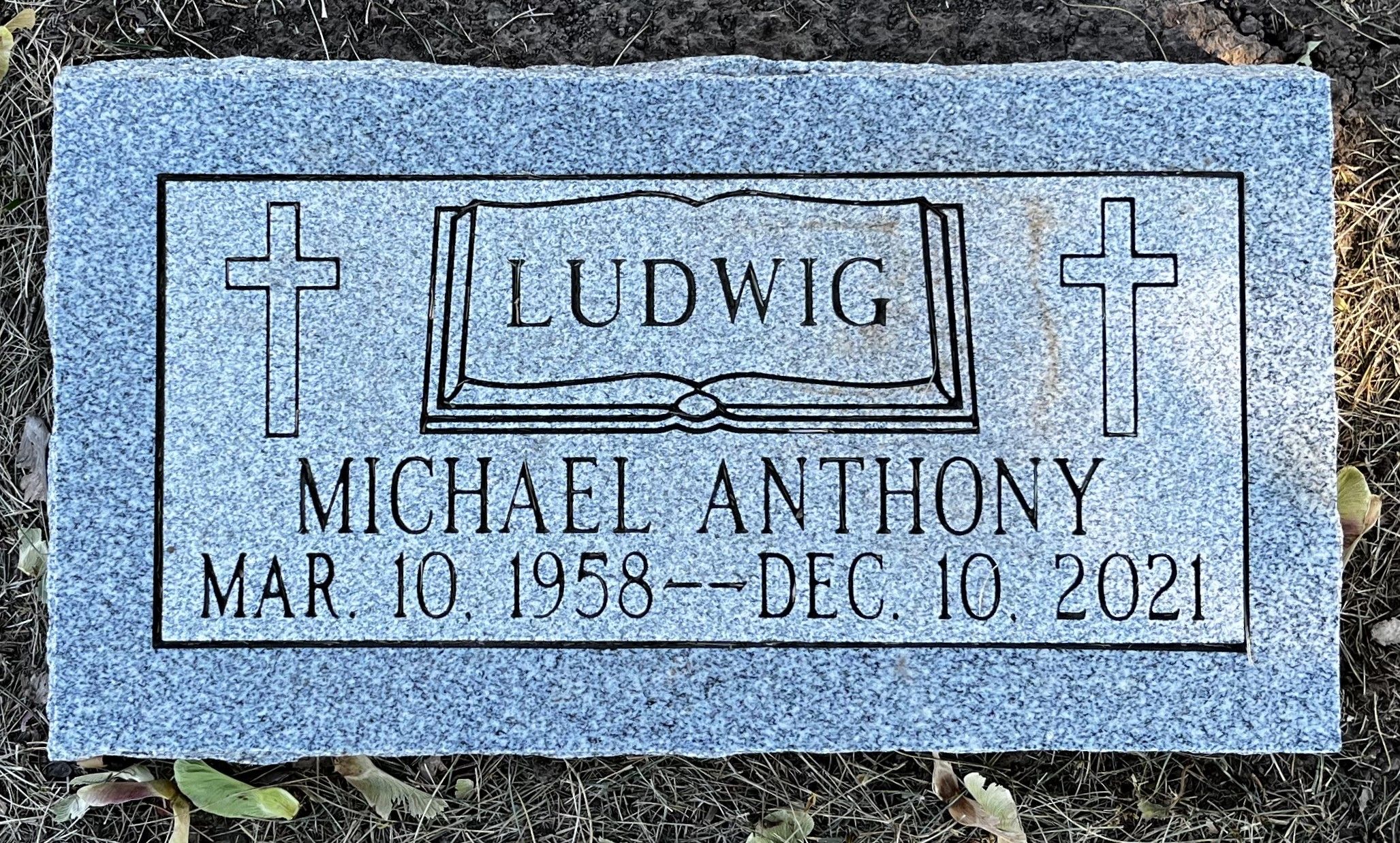 The Life of Michael Anthony Ludwig

Michael A. “Mike” Ludwig, 63, of Olathe, Kansas, passed away on Friday, December 10, 2021. He was born on March 10, 1958 in Kansas City, Missouri to Henry and Anita Ludwig.Michael grew up and remained in Kansas City, Missouri until he needed assistance for his disabling illness. Mike then resided nine years at Avonlea Assisted Living in Olathe, Kansas.Mike received his elementary schooling at St. Bernadettes and Chapel elementary school. He continued at Raytown Jr. High and graduated from Raytown Senior High in 1976.Mike worked for a short time at the “Pop Shoppe” in Independence, Missouri before moving on to the United States Postal Service, as a bulk handling clerk, where he received a disability retirement.After accepting Jesus Christ as his Lord and Savior, as a youth, Mike was involved with Kansas City Youth for Christ clubs and rallies. He also enjoyed going to Christian bookstores and chatting with people. He bought many records and bibles from Caylor’s Christian Bookstore in Raytown, where he got the vision to give out bibles to anyone who needed one. Mike also continued to support different Bible ministries especially, “The Full Life Study Bible: now known as the FireBible, published by Life Publishers International to be translated as a Bible for many missionaries to be used as a study bible in their own native language that leads to a solid foundation in God’s Word, a deeper relationship with Christ, and an awareness of the Holy Spirit’s activity. Mike always had a Bible ready at his assisted living for anyone.Mike is survived by his brother John (Shari) Ludwig and Stephen (Karen) Ludwig; nieces Sherita Ludwig, Laura (Shane) Gibson, and Rebekah (Jacob) Goldsby; nephews Timothy Ludwig and Paul Ludwig; and three great nephews.Mike was preceded in death by his parents, Henry and Anita Ludwig, and twin brother James Ludwig.The family will receive guests for a visitation from 1:00-2:00pm on Thursday, December 16, 2021, at Penwell Gabel’s Olathe Chapel. The funeral will be held at 2:00pm followed by burial at Olathe Memorial Cemetery.