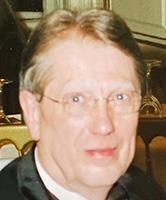 The Life of James A Salsgiver

James A. Salsgiver, of Sarver, born March 9, 1943, in Kittanning, passed away peacefully in his home of Parkinson's disease Friday, Nov. 26, 2021. He graduated from Penn State University with a bachelor's degree in physics in 1965, received a master's degree in materials science from the University of Illinois in 1967, and completed a summer course in administration from the Harvard Business School in 1980. In 1968, he accepted a position as a research metallurgist for Allegheny Ludlum-Allegheny Technologies Inc. He subsequently developed multiple stainless steel patents for them. He was director of product research and development when he retired in 2003. He had been chairman of ASM International-Technical Programming Board (2000-2002) and chairman of Stainless Steel Industry of North America (SSINA) Marketing Committee (2003). He was well-respected internationally in the metallurgical community. He enjoyed playing volleyball, growing beautiful flowers, watching sports on TV and traveling extensively nationally and internationally. He was preceded in death by his son, Jeffrey Salsgiver; his mother, Marie; and his father, Harold Salsgiver. He is survived by his wife, Bonnie, of 58 years; his son, Loren (Lisa) Salsgiver; daughter, Amy (Mike) Pietrolaj; his grandchildren, David, Julie and Andrew Salsgiver, Autumn Ohl and Ava Pietrolaj; his sister, Kathy Cox; and brother, Dennis (Norma) Salsgiver. Burial will be private. Services were under the care of the CICHOLSKI-ZIDEK FUNERAL HOME INC., Natrona Heights, 724-224-8688. Although not a veteran himself, donations can be made in his honor to the worthy charity Tunnel to Towers Foundation at t2t.org. To send an online condolence, please visit www.cicholski-zidekfh.com.

Filter James A Salsgiver's Timeline by the following Memory Categories