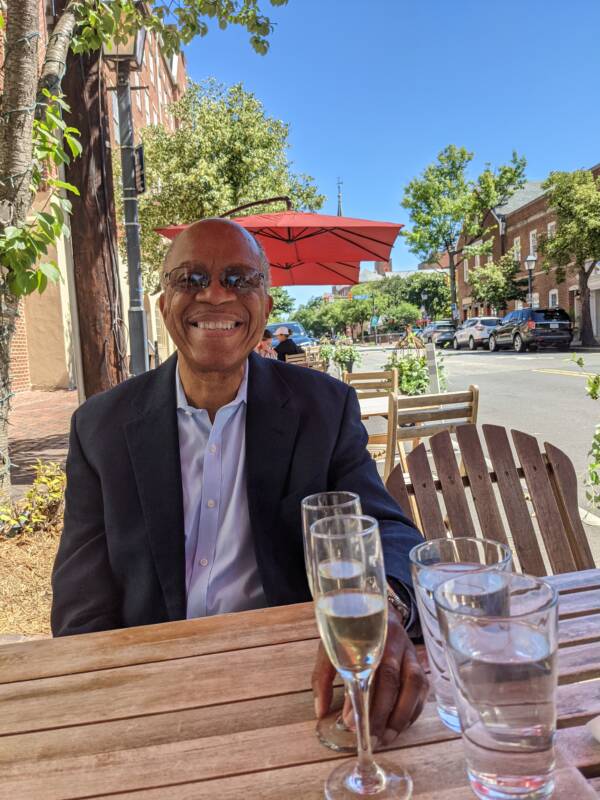 The Life of Larry Ward

It’s with heavy hearts that we announce the death of Larry Gene Ward who passed away unexpectedly on November 4, 2021. A beloved father, husband, and brother, Larry was also a recognized attorney and a fixture in his community. Larry is survived by his wife, Earlene, and his two daughters Miya and Adia.

A transplant to the D.C. metro area, Larry was born on November 16, 1946, in Chicago, Illinois, to Dorothy Mae Otkins and William Ward, Sr. He was the second of four siblings and attended grade school at Shepherd Elementary School, Hess Middle School, and Proviso East High School, at which he formed lifelong friendships. Coming of age during the civil rights movement, he went on to earn his bachelor of arts in history at Roosevelt University and a juris doctor from the University of Wisconsin-Madison with the intention of becoming a civil rights attorney. He ultimately achieved his goal after getting a job in the civil rights division of the Department of Justice (DOJ) shortly after graduating from law school. He went on to work in the division for over three decades and under six presidents. Not wanting to give up his lifelong love of the law for retirement, he went on to serve as general attorney at the Court Services and Offender Supervision Agency for the District of Columbia (CSOSA) and continued taking on civil rights employment cases under his own firm shortly thereafter.

Those who knew Larry recall him having a gregarious personality, as well as an open heart and a kind soul. A pillar of his community, he was a member of his neighborhood’s citizens association and even served as President of the PTA during his daughters’ time in grade school. He enjoyed rooting for the Wisconsin Badgers, engaging in the local food scene, and vacationing on the shores of Virginia Beach with his family. Larry will be sorely missed, but never forgotten.

The family will receive friends at the Cunningham Turch Funeral Home, 811 Cameron Street, Alexandria, VA 22314 on Friday November 12, 2021 from 11:00 AM until the time of his Life Celebration at 12 Noon. Interment will follow at Ivy Hill Cemetery following the service at the funeral home.