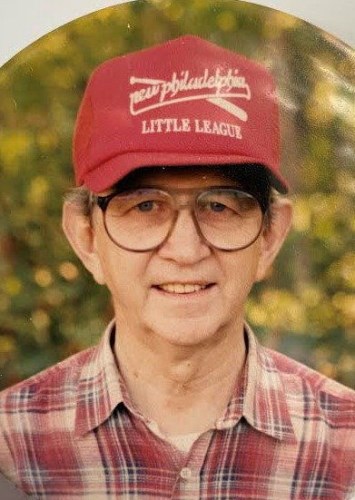 Born on Sept. 15, 1930, in Branchdale, he was the son of the late Joseph Hudock Sr. and Mary Padelsky Hudock. He was a graduate of Reilly Township High School. He worked as a tanner at Garden State Tanning in Fleetwood until retiring.

He served honorably during the Korean War in the Army Tank Division.

He was a member of Holy Family and Holy Cross Church in New Philadelphia.

After retirement, he was an adult altar server for weekday Masses at Holy Family and Holy Cross Church.

He was married for 63 years to the love of his life, Rena (Boran) Hudock, and is survived by his beloved sons, Vincent J. Hudock Jr. and Mark P. Hudock. He is survived by a brother, Gerald (spouse Diane), and nieces and nephews.

Mass of Christian Burial will be celebrated at 11 a.m. Friday, Nov. 19, at Holy Cross Roman Catholic Church, New Philadelphia, with the Rev. Ronald J. Minner as celebrant. Relatives and friends may call 10 to 11 a.m. at the church. Interment will be in Schuylkill Memorial Park. Thomas J. Bartashus Funeral Home is in charge of arrangements. Donations are requested to: Holy Cross Church, Pottsville Hillside SPCA and Good Intent Fire Company of New Philadelphia.