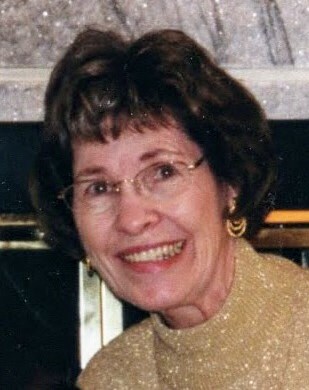 The Life of LETA MAE FULTON

Leta Mae (Bevard) Fulton, Des Moines, IA, went home to her Lord and Savior, Jesus Christ, on 11/10/21 at the age of 88 years plus 1 day. While maintaining a spark of humor and pleasant nature throughout, Leta had suffered the debilitating mental and bodily effects of dementia for many years. Family and friends will honor her memory on Friday, Nov 19th, at Hamilton’s near Highland Memory Gardens (121 NW 60th) with visitation at 11:00am and memorial service at noon.Leta was a small town girl born in Corydon, Iowa, to V. Deane Bevard and Nellie (Wilmot) Bevard. She was the big-sis to little sister, Janet (Dwight) Fortune and the oldest of the local cousins. She was the organizer of fun and laughter for the family clan. To follow her dad’s work in the midwest and mountain states, the family moved frequently for short-term assignments. She often told of attending 6 different grade schools in three different states during one particular school year! While this was tough on the day-to-day learning, the joke was at least she received good grades for ‘citizenship’ and ‘maps’.No matter where they roamed, Leta’s home base was hometown Corydon. It was there, in 1953, that she met a cute dark-haired, dark-eyed returning Veteran, Charles ‘Lyle’ Fulton. They married in 1954 and moved to Des Moines for her new husband’s college and accounting work. Once established in DM, children came along: Debra (David) Blackman (Clive), Douglas (Marika) Fulton (Wilmington, DE) and Dennis (Debbra) Fulton (Clive).Leta was a diligent, tidy, organized homemaker. ‘A place for everything and everything in its place’ was the prevailing house rule. She enjoyed several things: sewing, cake-decorating, photography, scrapbooking, reading, collecting ceramic dogs & Precious Moments figurines, sports (especially Iowa State Cyclones), holding children’s birthday parties. While not the world’s best cook (sorry, Mom -- that title was given to your sister, Janet), she made everyone feel at home with her overall hospitality. Immediate and extended family loved having holidays and birthday celebrations in their long-time home in Beaverdale. The grandkids enjoyed just playing at Grandma and Grandpa Fulton’s house.Leta and Lyle enjoyed traveling occasionally. They often went with friends from their Galilean class from the former First Federated Church. Their travels included Branson (more than 10 times), California, New England, Hawaii, Nova Scotia, Canada, and Mexico.At the urging of her mother in childhood, Leta learned of her need for a Savior and trusted in Jesus to cover her sin and guilt. Her walk with Jesus became more evident as grandchildren came along. Until dementia robbed her of the ability, she and Lyle would pray often for each one of the grandchildren: Grands: Nicole (Preston) Young, Emma Fulton, Decca Fulton, Eric (Frannie) Fulton, Aaron (Melani) Fulton. Great-grands: Madison Young, Tyler Young, Payton Young, Dylan Young, Graham Fulton, Bodie Fulton, Archie Fulton, Hayes Fulton, Adeline Fulton, Claire Fulton.Lyle and Leta moved to Calvin Community in 2014. Leta’s last few years were enjoyed in the kind care of the staff in the memory care unit. We are forever grateful for the love and communication they provided to Leta when we could not be with her consistently, especially during the COVID shutdown.Leta is preceded in death by her parents and sister.If you are so inclined and in lieu of flowers (she wasn’t all that sentimental about things like that), memorial contributions may be directed to the Good Samaritan Fund at Calvin Community in Beaverdale or to The Mission Church in Urbandale.