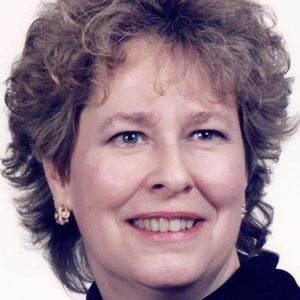 The Life of Elizabeth Jill Delgado

Feisty, outspoken McKees Rocks councilwoman, Liz Delgado, passed away November 3, shortly after her 69th birthday. Born in Chicago, IL, she spent her childhood in Pittsburgh, was graduated from Beaver Falls High School and the University of Pittsburgh with a double major in Theatre Arts-Technical and Performance. She worked as a costumer with the Pittsburgh Ballet before moving to California.

In Los Angeles, she had several different careers; working as a supervisor in a home for delinquent teen-aged girls, night manager for the largest Denny's restaurant in the U.S.; Property Officer for the LAPD; and Law Clerk for the Los Angeles District Attorney's office in Organized Crimes and Anti-Terrorist division. Many "hopeless cases" were won based on the strength of her research and arguments.

Encouraged by her co-workers, she enrolled at Loyola Marymount Law School, handling a full course load, while holding down a full-time job, earning her J.D. and graduating Cum Laude and second in her class. She received several honors including winning Best Brief on the team of Scott Moot Court, elected to St Thomas More Honor Society, Alpha Sigma Nu Honor Society, and her Law Review article on "PTSD and Vietnam Veterans" became a recognized reference. She moved to Washington D.C. to work as a Trial Attorney in the Honors Program with the U. S. Department of Justice in the Civil Rights Division, but decided to return to CA because "They wouldn't let me do anything!"

Working as a Los Angeles Deputy District Attorney, among the cases she prosecuted were a case of two LAPD officers in a murder for hire and another with several hundred defendants in a mob-related case, which led to her becoming the authority on Auto Insurance Fraud for the state of California. She taught as an adjunct professor at Loyola Law School.

When her father was diagnosed with Alzheimer's, she left the D.A.'s office to care for him and work in computer software design, developing "Smoking Gun" to enable law enforcement to track multiple leads (pre-Google). With friends, she started a computer business, "Lizeric", to develop databases, learned the coding language 4D, and became a trainer and consultant.

Moving back to Pittsburgh, after her foster sister died, she settled first in Crafton Heights, then Kennedy, and found her perfect home in McKees Rocks. She continued to be active in computing, learning Drupal and serving as an area trainer and lecturer, working with Oakland Service Ministries, starting The Church Gazette for church databases, and Pittsburgh Tech Ministries. Chosen to fill an unexpired term on McKees Rocks council in 2017, she won her seat handily in the following election. She was passionate about making sure that things were done properly, often wanting more data before voting.

She was preceded in death by her parents, The Rev. Robert H. Delgado and Jeanne Doyle Delgado and foster sister Roberta (Bobbie) Atkinson. She is survived by her sister Susan Delgado-Park and her husband, the Very Rev. Cn. John H. Park; nephew Robert J. E. Park and wife Rachel; nephew James D.M. Park and fiancée Sarah; brother-in-law, Dennis Atkinson, and godsons, Michael Atkinson and John Bruner, four aunts, many cousins and friends, and her beloved cats.

A life-long Episcopalian/Anglican, she was a member of Incarnation, Strip District and Daughters of the King. Burial will be from Grace Church, Mt Washington on Thursday, November 11 at 10:30 a.m. and will be live-streamed on their FaceBook page. The family will receive friends an hour before the service at the church. Internment will be in Penn Forest Natural Burial Park in Verona. WM. SLATER & SONS, INC (412-381-3345) on Virginia Ave. is handling the arrangements.

In lieu of flowers, donations may be made to TNR programs (Trap, Neuter, and Release) to help control the feral cat community: 3639 Allendale Circle, Pittsburgh 15204.