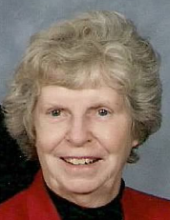 The Life of Jean Brown Broadbelt

She was born in Philadelphia, PA to the late Stephen and Riddell Brown. She grew up in Lansdowne,PA, enjoying an active childhood on the banks of her backyard creek with her brother and cousin.After High school she received a B.A. degree from Gettysburg College in 1958, majoring in Health and Physical Education, where she competed on the field hockey and basketball teams and was amember of Delta Gamma sorority. After graduation, Jean worked as a Health and Physical Education teacher at Upper Darby High School and coached the Girls’ basketball and tennis teams before her marriage to Don in 1959. She lived for 24 years in Warren, OH, playing a very active role in the community and schools as a volunteer and forging long-lasting connections with friends who continued to support her throughout her lifetime. Jean spent the past 33 years in Greenville, NC, embracing southern hospitality and the warm weather. She also enjoyed opportunities for international travel, living inAustralia and England, both for about a year, with her family.During her marriage, Jean raised three beloved children, and taught tennis and volleyball. She was an avid bridge and tennis player, and golfer. Jean was heavily involved in the BVCC Ladies Golf Association and enjoyed sharing a round of golf with her children and grandchildren when they visited. Don and Jean relished the opportunity to compete in the World Amateur Handicap Championship each year, heading down to Myrtle Beach to showcase their golf with Jean placing several times in her flight. She was active in The First Presbyterian Church in both Warren and Greenville. She is survived by her children, Bruce Broadbelt and wife, Laura, of Holly Springs, NC, Diane Majestic and husband, Scott, of Greensboro, NC, and Linda Rekoske and husband, Jim, of Glenview,IL; grandchildren, Kyle and Kirk Broadbelt, Matt, Chris and Ally Majestic, and Jenna and Daniel Rekoske.

In addition to her parents and brother, Doug, she was preceded in death by her loving husband Don, who passed away in 2014 after 54 years of marriage. Jean will be remembered for her devotion to her family and friends; her humble and kind nature and sense of humor; and interest and involvement in sports. She cherished every minute spent with herfamily and friends. Due to COVID-19, public memorial services and burial will be announced at a later date.In lieu of flowers, memorial contributions may be made to the Cypress Glen Benevolent Fund, 100Hickory Street, Greenville, NC 27858.