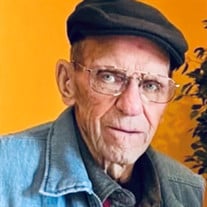 Charles (Chuck) Albert Van Houten, 83, was born July 3, 1938, to Lavina (Campbell) and Robert Van Houten. He passed away October 7, 2021 surrounded by his loving family at his home in Des Moines, Iowa.Charles lived his entire life in the Des Moines area and he attended Tech High School.On December 30, 1955 Charles was united in marriage to the love of his life, Norma Jean Lenzini, to this union eight children were born.Charles was the owner of Chuck Van Houten Company for 33 years, retiring in 2006. He was part owner of Van Houten Barge Service on Lake Panorama with his son Mark from 1998 to 2013. Chuck worked up until September of last year at PDM Distribution Company as head of maintenance.First and foremost, his family was very important to him. His specialty was serving his special popcorn in a brown paper sack for everyone. He loved spending time outdoors fishing, camping and attending all of his children and grandchildren’s sporting events. He was the supervisor for all family projects and worked right alongside everyone to make sure it was done right.He was a member of the Vittoria Lodge and All Saints Catholic Church.Survived by: wife, Norma and children: Chuckie (Cathy) Van Houten, Valeria (Bobby) Mason, Sheri (George) Partington, David (Darla) Van Houten, Tina (Chad) Johnson, Michael (Jennifer) Van Houten, Mark (Angie) Van Houten, Maria (Mark) Campbell. As Well as: 21 grandchildren, 24 great grandchildren and 2 great-great grandchildren.He is also survived by his siblings: Wilbur (Bud) Van Houten, James Van Houten, Richard Van Houten and Christi Wenzel.Preceded in death by: siblings, Edna Mae, John, Robert, Jean Ann, Mary Lou, William and grandchild Sophia Campbell.Mass of a Christian burial will be Monday, October 11, 2021 at 12:00 pm at All Saints Catholic Church in Des Moines, Iowa. Visitation will be 10:00am to 12:00pm prior to the service at the All Saints Catholic Church. There will be a private burial at Highland Memorial Gardens, at a later date.Memorial contributions can go to the All Saints Catholic Church.