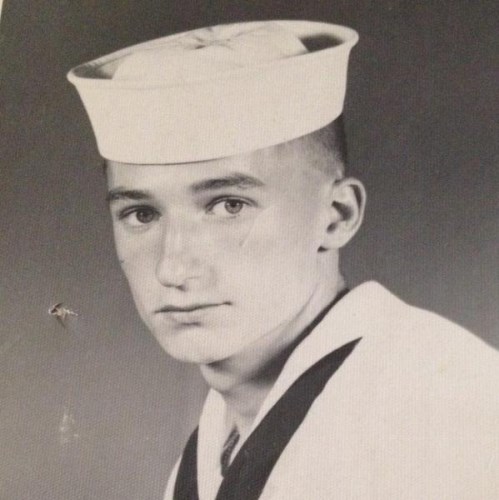 The Life of JAMES M BARKOVICH

James M. '"Jim" Barkovich passed away peacefully, surrounded by his loving family, at UPMC Passavant Friday, Oct. 8, 2021, at the age of 77. Jim was born in Pittsburgh to the late Andrew S. Barkovich and Ann T. (O'Connor) Barkovich. He is preceded in death by his late wife, JoAnn (Keast) Barkovich, and is survived by his children, Kathleen (Albert) Morgano, James (Catherine) Barkovich, Renee (Raleigh) Cain and Melanie (Brent) McConnell; and his grandchildren, Katelyn, Gabriel, Ian, Julian and Joshua. Jim was the eldest of six children and was preceded in death by his brother, Raymond. His surviving siblings are John (Debra), Kenneth (Janet), Daniel (Diana), Diane (Terry) Broniszewski; and sister-in-law Eileen. Jim also has 10 nieces, three nephews and was a great-uncle to 15 great-nieces and nephews. Jim served our country in the Navy during the Vietnam War, providing air traffic control on the U.S.S. Coral Sea. After returning home, he continued his commitment to our country and became employed with the U.S. Postal Service for 37 years, eventually receiving the Presidential Million-Mile Award in recognition of his steps in the neighborhoods of Squirrel Hill, Lawrenceville and the Strip District. Jim and his late wife, JoAnn, raised their four children in the community of Morningside, where he could often be found socializing with friends and neighbors by whom he was adored. Jim was a parishioner of St. Raphael Parish, where he often volunteered for the annual bazaar while his children attended the school. Later, he became a weekly usher for the church on Sundays. To know Jim was to love him, with his shining blue eyes and humble heart. He had the voice of an angel, so Jim was often coaxed to sing at gatherings of family and friends over the years. He loved his family fiercely and took pure joy interacting with people in general. A diehard sports fan, Jim attended professional sporting events regularly for years but enjoyed high school football games the most with family and friends. Jim was what we Pittsburgh people refer to as "good people." He was a man's man, but a tender gentleman. The guy you could trust, have your back, no frills. He worked hard, loved harder and put faith first in his life. For his family and friends, there will only ever be one true, shining star, our Jimmy. Friends will be received at MCCABE BROS. INC. FUNERAL HOME, 6214 Walnut St., Shadyside, from 2 to 8 Tuesday, Oct. 12 2021, where funeral will commence at 9 a.m. Wednesday, followed by Mass of Christian Burial in St. Jude Parish, St. Raphael Church at 10 am. Entombment to follow in Allegheny Cemetery. Condolences may be left at www.mccabebrothers.com.