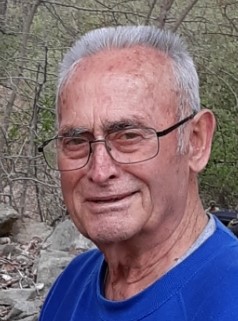 Melvin Lewis Greiss, 82, of Longswamp Township, passed away unexpectedly on Sunday, October 3, 2021 in his residence. He was the loving husband of Norma J. (Godfrey) Greiss, whom he married on August 25, 1962.

Born in Longswamp Township, Melvin was a son of the late William E. and Pearl N. (Kemp) Greiss. He was a faithful member of Huff's Union Church, Alburtis. He honorably and faithfully served his country in The United States Marine Corps during the Vietnam War era . Melvin was employed as a Wire Roller by East Penn Manufacturing Co., Inc., from 1997 until his retirement in 2004. Prior to that, he worked at Atlas Mineral & Chemicals, Inc., Mertztown from 1982 to 1997 and Kline Foundry, Alburtis in the 1960's and 70's. Melvin also helped on his family farm for many years and was always a farmer at heart.

Melvin was a member of Kutztown Grange #1836, where he was twice awarded with Granger of the Year, Life Member of Russel M Butterweck Detachment of The Marine Corps League, Berks County, PA, Ray A. Master Post 217, American Legion, Topton, and Rockland Rod and Gun Club.

A man of few words, Melvin was passionate about spending time with his grandchildren and great-grandchildren. This is where he was at his best and will be longest remembered. He also loved working outside, surrounded by nature. Whether if was trimming trees "up home," working at Kevin's farm or maintaining his beloved woods, he was rarely still or indoors.

Relatives and friends are invited to a visitation on Friday, October 8, 2021 from 9:30 to 11:00 a.m. in Ludwick Funeral Homes, Inc., 333 Greenwich Street, Kutztown, followed by a memorial service to honor and celebrate Melvin's life beginning at 11:00 a.m., with The Reverend Dr. Jennifer Bannerman officiating. Military honors provided by The United States Marine Corps and Ray A. Master Post 217, American Legion Honor Guard, Topton, PA will conclude the services. Burial will be held privately in Huff's Church Union Cemetery, Alburtis, at a later date.

I will always hold tight the memories of coming to visit Lisa when we were growing up and dad making sure were were not getting into trouble.  The fun picnics as we were adults still getting to see mom and dad.  My love goes out to you all.

I worked with Mel at his wire rolling job at Deka, in fact I think I trained him.  He was such a caring man and he would always help out wherever he could.  I always was making him laugh as he was so serious.  Also remember the times the group of workers went to dinner theaters and we all had a good time.  Mel was a kind hearted man and my deepest sympathies go out to Norma and the rest of his family.  R.I.P. Mel

Melvin was a true friend and neighbor.  I'll remember seeing him walk down the street, on an almost daily basis, with his beloved Norma; helping him and Norma to split wood; and the multiple times he helped me at a moment's notice, getting my car started on a dead battery, retrieving an occasional bale of hay, and plowing my driveway out after an exceptionally heavy snowfall.  He and Norma also treated me to my first meal of pig's stomach.  He was indeed a man of relatively few words, but they were always kind and reassuring.  Hope to see you again someday Melvin.  Until then, take care...