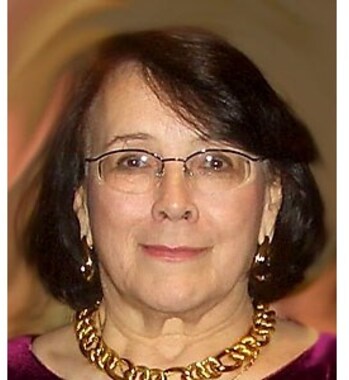 The Life of DOLORES B GENTILCORE

Peacefully in her sleep, Dolores slipped from the bonds of Earth and the loving arms of her family and friends into the hands of God, her equally faithful departed family and a peaceful eternity. She was predeceased by her friend and husband of over 60 years, John, whom she never forgot even when she could no longer hold his hand or hear his distinctive laugh and voice. She was also predeceased by her dearest sister, Norma and adored father, Angelo Bernardon, both of whom she lost too early to cancer and her strong mother, Adele, who expanded Dolores' role and responsibilities as not only mother to three boys, but also a parent who was abled by premature frailty.Despite these losses, Dolores fiercely fought to remain alive and vibrant as a kind and caring mother for her three sons by birth, Robert B., Dr. Thomas B., and Edward B., and her three daughters, by marriage, Sandra DiPietro, Wynne Thorn Weber and Christina Clarkson, becoming the girls she always wanted to have. She also was an enormous, enthusiastic and always encouraging supporter to her cherished and beloved grandchildren who always knew their Nonni was there for, with and behind them every step of their young and maturing lives. Nonni's special bunnies were Valerie G. (her girl!) Duermeyer, Andrew B., Griffith B., Clayton C. and Cameron S. She also loved and embraced into her family Valerie's husband Brian Duermeyer, and Andrew's wife, Jessica (Steiner).She is also survived by Norma's husband and partner in life, Alfred Nogrady, and her niece Lorraine N. Nogrady and Brian A. Nogrady. Dolores comforted them with her love and caring, when their mother Norma was so prematurely taken from them. Dolores is survived as well by other family members and close friends, many of whom she continued to keep in touch almost daily.Dolores was always considered by those who encountered her to be a kind and compassionate soul. A true gift to those whose lives she touched with her words, her embrace and her music.She was in some respects a woman before her time. After graduating from Westinghouse High School, where her classmates referred to Dee as "happy-go-lucky" and as a person who "likes everything", she became a bookkeeper at Bell Telephone. At the same time, Dolores was an accomplished professional accordionist and musician, performing at many venues throughout Pittsburgh, a talent and love she passed along to her children and grandchildren. Even with the added challenges of being a Mom, parental caregiver, and spouse, she became an integral part of the family business, Gentilcore Jewelers, as owner, accountant, and sales representative.Her strength and determination likely came from her own lineage. Her mother Adele was born in the coal mining town of Black Diamond, Washington, within sight of Mount Rainier in Seattle. Her father Angelo was raised in the town of Casasola, resting in the immediate foothills of the Austrian/Italian Alps.Dolores was extremely proud of her Italian heritage, served as an officer of the St. Jude Lodge (No. 265) of the Order of Italian Sons & Daughters of America, and enjoyed her time with the bowling league at the Pittsburgh Athletic Association, alongside of her beloved John. She was also a faithful member of the St. Scholastica Parish in Aspinwall, Pennsylvania (now part of Christ the King Parish).She enjoyed her home, built with the help of her father, and made it a home for John, her three sons, and later, her own mother. Dolores also had the company over the years of many cats, whom she loved to care for as long as she could.Still, with Dolores, it was all about her family. She dedicated her entire life to those in her life whom she deeply cherished with every living breath she was given on this Earth. She often would say to others "don't worry honey, it will be alright." That is because she knew she would be doing the worrying and caring for them. As many have said, Dolores was a special gift which we were so fortunate to have with us for as long as we did. Despite her passing, she will continue to be that gift to us here and beyond.Visitation will be private and by invitation due to COVID-19 precautions. A Mass of Christian (Roman Catholic) Burial will also be private and by invitation.Donations are encouraged to the Wounded Warrior Project (woundedwarriorproject.org); and the Tunnels to Towers Foundation, (t2t.org), as Dolores was a daughter and husband to soldiers and deeply loved being an American. Arrangements entrusted to BURKET-TRUBY FUNERAL HOME CREMATION & ALTERNATIVE SERVICES, INC., Oakmont.

Filter DOLORES B GENTILCORE's Timeline by the following Memory Categories