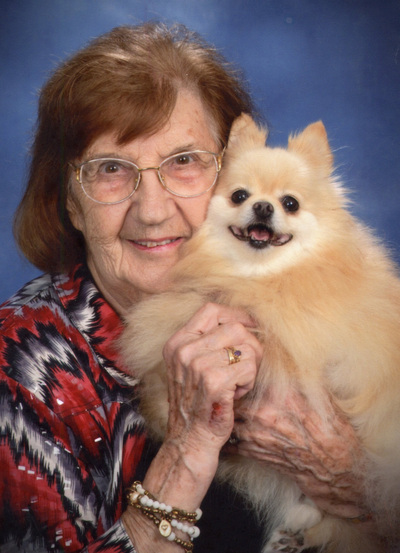 The Life of SHIRLEY L BIRLINGMAIR

When love has touched our lives, it remains forever in our hearts,

Shirley was born June 19, 1929 on the family farm in Garden Grove, Iowa. She was the first-born for parents Wynna Belle Andrew and Miles Phipps. Her Dad called her “Hikey” as she traipsed behind him during his daily chores. As a young girl, she watched and tried to corral/entertain her younger brothers Gail Douglas and Dennis Owen day after day under a tree while her parents worked the fields. An oft-repeated memory was the three went exploring, and for some reason, were not allowed to keep the puppies (baby foxes) they found.

During World War II she was a farm girl who processed chickens and produce, a 6-on-6 basketball guard whose team was one win away from going to State, and a high school student who was shaped by the experiences of rations, no prom, and no money for a young girl who dreamed of college and a journalism career. She graduated at the age of sixteen and two days later was living in an apartment in Des Moines and using a paper with detailed bus stops and street names to get her back and forth to her first job.

At a roller-skating rink in Des Moines in February 1947, she met Eugene Maurice Birlingmair, who wrote her phone number on a scrap of paper which was found in his billfold when he passed. Gene and Shirley had a whirlwind romance and married on New Year’s Eve, December 31, 1947 in Humeston, Iowa.  A dangerous snowstorm, slick roads and a sliding semi stuck them in a ditch on the way to their honeymoon night at the Continental in Centerville.

The newlyweds moved to Derby – all their belongings piled high on a truck – to begin farming. Gene had been shot through the elbow during the war at Mindanao (Philippines) and soon they moved to Des Moines where he could seek other employment. They bought a home on Wall in a neighborhood of young families.

Shirley was a stay-at-home Mom after Barbara Joan was born in 1950 and Kenneth Eugene in 1952. She loved her husband, her children, her home, coffee at home with friends, her flowers and garden, birds, processing food, square dancing, round dancing, and ballroom dancing. She loved company. She was an active, high-energy, highly organized volunteer at Fort Des Moines Methodist Church (long time Sunday School Teacher and first adult to fall and break a wrist supervising the Youth Fellowship roller-skating party!) She was active with PTA, Fort Des Moines Little League, and Blue Bird and Camp Fire Girls. Shirley was a creative, fun Mom, and the home was filled with music of all kinds, Christopher Robin stories, the wonder of nature, on-going craft projects, wonderful holiday celebrations, neighborhood fun, family reunions, and busy schedules. There were occasional trips to attractions in Colorado and at Branson, twice a month visits to the Phipps and Birlingmair families in Southern Iowa, and sometimes once a year visits to dear friends in Kansas.

In the late 1960s Shirley went to work at Meredith Corporation as secretary and later expeditor for Better Homes and Gardens. In the mid-80s, after Gene’s first heart attack, they settled into a beautiful new home in Ankeny. Gene retired in 1990. Shirley retired in July 1992. Retirement centered around camping, RVing, Boating, travel, crafts, volunteering, pets and friends. For over twenty years they wintered in Winter Ranch Park, Alamo, Texas, where they thrived with fun and friends. Shirley, as creative as ever, produced and sold 1,000 “finger-weaved” shirts, made jewelry, taught crafts, held “puppy hour” with friends and their dogs on their deck, decorated golf carts and Gracie Mae for parades, helped with activities, read hundreds of books, and enjoyed life.

They grew a big garden with thousands of tomatoes and processed juice and salsa and other garden goodies. The kids and grandkids gathered often for yummy meals and good times. Everyone loved Shirley’s Bikini Zucchini, Twisted Macaroni Salad and Macaroni and Cheese.

The family loved boating, skiing and camping. Gene and Shirley were active members of the United States Power Squadron and the Saylorville Yacht Club. In nearly 50 years of fun at the Lake of the Ozarks in Missouri, they had homes in Missouri at Gravois Mills, Clinton, and Sunrise Beach. One of Shirley’s favorite activities was “squeaking hangers” at the swimsuit and beach wear shops.

For nearly 40 years, Gene and Shirley loved camping at and attending the Iowa State Fair. They were friendly, smiling, informed volunteers for over 10 years at the Information booths and water stations. They loved their campground friends and enjoyed visits from family and friends. A bench near the administration building honors them and the light shines at the foot of the Campgrounds in Memory of Gene.

For most of the last 18 years, Shirley and Gene spent summers at Sunrise Beach on the Lake of the Ozarks. This was an especially happy time for them, and together they enjoyed the lake, RVing trips, family, friends, and each other. They wrote their “Memoirs”, Gene collected jokes in his “Grin Bin”, Shirley compiled a library of craft projects, they created Family Cookbooks, wrote stories and put together picture books of animals and birds for the great grandchildren who called them Grandma Great and Grandpa Great.

They also stayed connected with family and a host of friends on Facebook, where Shirley built her brand of Live Happy and supported others in her caring way. Nothing though could top visits and sitting on the deck or floating on a noodle in the lake with family. She also loved the great grandchildren whether she was showing them something (she was curious, interested in everything, and an amazing notice-r) or doing a craft together. During this time Shirley completed dozens of gorgeous paint-by-number pictures and embroidered pillowcases for her family and friends.

Shirley was most proud of her beautiful, smart talented grandchildren and their spouses: Scott (Becca) Birlingmair, Nathan Rasko, Aaron (Kim) Rasko, Sarah (Charles) Leonard and MacKinsey Birlingmair, and her great grandchildren: Taylor Leonard, Lexi Birlingmair, Shannon Birlingmair, Trinity Leonard, Olivia Rasko, Logan Rasko and Mary Brink. She was thrilled with their dreams and successes in everything from good grades in school to music, sports, dancing, activities, careers, leadership and excellence. She commented often and was happy that they were all kind, loving, spirited and fun people who were making a difference in their worlds.

When Gene passed on July 7, 2011, Shirley continued to live at Winter Ranch 6 months of the year and Lake of the Ozarks 6 months of the year. She continued to be creative, spontaneous, mentally sharp and a happy participant in her wonderful life. In 2019 Shirley moved to an apartment in Indianola with her dog Gracie Mae. As with everyone, she was much more isolated during 2020, and was grateful for her good neighbors and all her Facebook friends. She wrote letters, as she had for years, for people she knew were lonely or going through tough times.

2020 was a tough year for Shirley as she lost her remaining brother, Dennis Phipps, in May, and her precious son, Ken in October. She celebrated his life by painting the word “Joy” on a rock that she kept beside her. Unfortunately, she lost her 15-year-old Pomeranian Gracie Mae two weeks later. Muffin Max, a 9-year-old male stray with torn ears had been lovingly cared for by Kiya Koda Humane Society and was ready for a home. He became her new companion, and she exclaimed many times, she did not claim to be a cat person, but he brought her amazing comfort, entertainment and fun.

In the Spring of 2021 Shirley’s asthma problems seem to flair. Surprising to her, it was cancer combined with heart issues, and after a couple of months of treatment, it became obvious that, although she prided herself on being a problem-solver and doing everything right, there was not a solution. The Live Happy, See Shirley While You Can Tour, brought much joy, love and fellowship to her during the final few weeks. The last week, she felt loved and was so glad to see her grandchildren, great grandchildren, and friends. She was faith-filled and at peace.

Shirley passed away naturally on July 31, 2021 at her home in Indianola after a short illness and a long, wonderful life. She was proceeded in death by her husband, son, parents, siblings and many in-laws.

Shirley will be missed. Beautiful memories, love and support from Shirley is always just a good thought away.

A Celebration of Life will be held at a future date at Highland Memorial Gardens, Des Moines. Memorials, to honor Shirley’s love of Gracie Mae, Muffin Max, and all of God’s Creatures can be made to Kiya Koda Humane Society, 1206 N. Jefferson Way, Indianola, IA 50125. Thank you.

Shirley’s faith is strong, and this hymn comforted her.