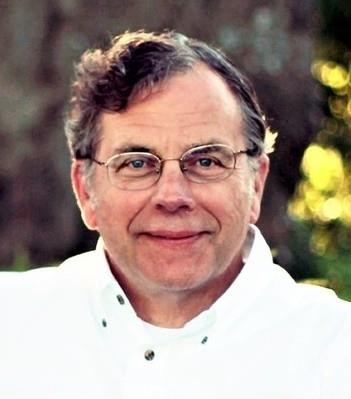 Rick was born on July 16, 1946, in Atlantic City, New Jersey, to Rev. Richard and Mary Biondi Garnet. He grew up a block from the beach and enjoyed living at the shore before moving to Lansdowne, Pennsylvania, as a teen. Rick graduated from Muhlenberg College, located in Allentown, Pennsylvania, in 1968. While in college, he met his future wife, Beverly Nash, in 1967. They became engaged in 1968 and were married in the Washington Memorial Chapel in Valley Forge National Park in 1971. Rick continued his education at Jefferson Medical College, receiving his M.D. in 1972. He completed a two-year residency in anatomic pathology at Yale New Haven Hospital, followed by a two-year residency in clinical pathology at the Hospital of the University of Pennsylvania. Rick became board certified in both anatomic and clinical pathology.

Rick was a fellow of the American Society of Clinical Pathology, College of American Pathologists, and American Board of Pathology. He was a member of the Indiana State Medical Association and former president of the Wayne County Medical Society. Rick served on various hospital committees at Penn, Yale, Graduate Hospital in Philadelphia, and Reid Health.

Rick and Beverly had three children prior to moving to Richmond in 1981. He worked at Reid Hospital for 36 years, becoming Medical Director and Chief of Pathology in the Reid Laboratory. Rick was most thankful for those he had the privilege of working with over the years at Reid.

Rick was a U.S. Air Force veteran, serving two years of active duty at Andrews Air Force Base outside of Washington, D.C. He was honorably discharged in 1979, having achieved the rank of major.

Attending his children’s many school, sports, band, and scouting activities was among the happiest times of life for Rick. He enjoyed traveling with his family and spent many summer vacations teaching them to fish, ride waves, and hunt for seashells on the beach. Rick was also a sports enthusiast, taking his family to see many Reds, Colts, Bengals, and Miami University ice hockey games. Music was another important part of his life which Rick shared with his family and friends. Over the years, he had the opportunity to attend many rock and roll concerts and collected music and sports memorabilia. Rick was a long-time supporter of the Reid Foundation, having donated many of his memorabilia items to support their work. His other passion was his 1966 Ford Mustang convertible. Rick was a member of First English Lutheran Church.

He was preceded in death by his parents; sister, Mary Suzanne Wiegand; and brother-in-law, Richard Nash.

The family would like to thank the staff of Arbor Trace, AseraCare Hospice, Synergy Home Care, and Drs. Mahendra Kalra, Robert Bode, Jennifer Olson, and Jordan Raynor for their compassionate care and help.

Memorial celebration for Rick will be held from 2:00 to 4:00 p.m. Saturday, February 29, 2020, at First English Lutheran Church, 2727 East Main Street, Richmond. Burial will be in Pennsylvania at the convenience of the family. Arrangements are being handled by Doan & Mills Funeral Home, 790 National Road West, Richmond.