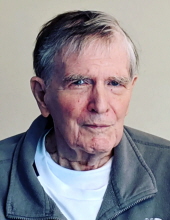 A beloved husband, father, and friend, Lawrence Wiley (Larry) Secrest III passed away on September 10, 2021 at the age of 78 after a long battle with Parkinson's disease. Born on November 24, 1942 to Wiley and Josie Secrest, he grew up in Alexandria, VA. Larry graduated from American University and received his law degree from The George Washington University. Following law school, he joined the US Marine Corps and served in Vietnam. He then was recruited to join the staff of the Federal Communications Commission where he eventually served as Deputy General Counsel. He transitioned to private practice at Kirkland and Ellis before moving to Wiley Rein LLP, where he spent the bulk of his career. He was a distinguished expert in communications law and retired as a senior partner at Wiley Rein. Larry was a longtime member of the Chevy Chase Club, the Metropolitan Club, and Confrerie des Chevaliers du Tastevin. He served as an elder and dedicated member of Fourth Presbyterian Church in Bethesda, MD for many years where he had a particular interest in inner-city missions work, especially Camp Bennett and Washington Christian Housing Council. His love of all things historical, especially the Civil War, rubbed off on all around him as he led friends and family alike on guided expeditions of battlefields in the area. He was an avid Maryland Terrapins and Washington Nationals fan who could often be spotted in his later years clothed head to toe in their logos by the TV. He passionately loved his family, making a point to be among the first to the hospital for every birth of a grandchild. His insatiable intellectual curiosity led him to write books about his uncle's experiences in World War II and the most significant human achievements in history. Well-known for his distinctive laugh, Larry was a generous and loving man. Larry was preceded in death by his father, Wiley, his mother, Josie, and his grandson Lawrence Wiley (Quinn) Secrest V. He is survived by his wife Christinne, his four children, Samantha Secrest Barnes, Lawrence Wiley (Lance) Secrest IV, Muriel Secrest Croston, and Matthew Lawrence Secrest along with his brother Jeff, daughter-by-heart Joy Villar, and eight grandchildren as well as several nieces and nephews. A memorial service celebrating his life will be held at Fourth Presbyterian Church at 5500 River Road in Bethesda on Thursday, Sept. 16 at 11am. In lieu of flowers, the family asks that any charitable donations be made to the Michael J. Fox Foundation for Parkinson's Research in honor of Larry Secrest.