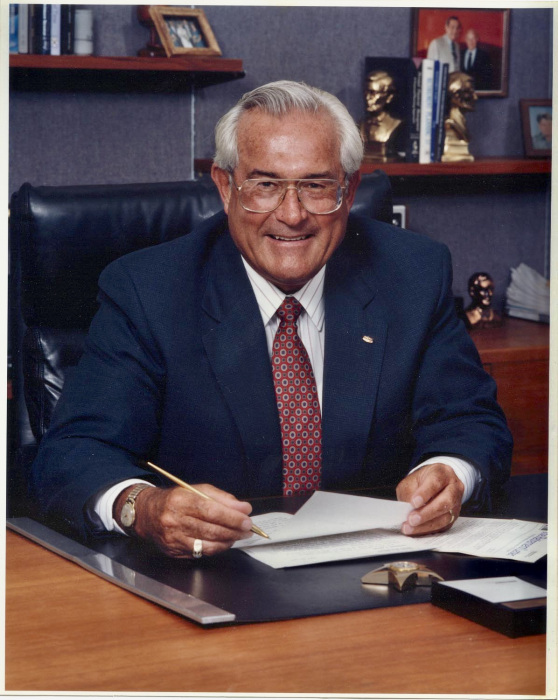 Paul attended Swarthmore High School where he played football, lacrosse and baseball. He was a part of the varsity football team who would go undefeated for all four years of Paul’s career. He also played the tenor saxophone in the marching band, concert band, orchestra and dance band. After graduating from Swarthmore in 1950, Paul attended Dickinson College majoring in economics where he continued his careers in baseball and football, while also playing saxophone in the pit band for student musicals. Paul was also a member of the Kappa Sigma Fraternity on campus. Following Paul’s graduation from Dickinson in 1954, he served in the U.S Army and was deployed to Hanau, Germany for two years.

In 1956 Paul began his 40-year career in the life insurance industry as an underwriter at The Insurance Company of North America (INA) in Philadelphia, PA. He held many different entry- level and management positions during his 17 years in the Life Division at INA. Paul was promoted and transferred to Horace Mann Life Insurance Company in Springfield, Illinois in 1973. Over the next 23 years Paul’s responsibilities continually grew.  He started as Vice President of the Life Division and then his role expanded to be the Senior Vice President responsible for the Group Division. This role included being President of the Horace Mann Mutual Funds. He finished his career as an Executive Vice President responsible for the State Education Association Relations, Corporate Strategic Planning and Information Processing. After a long and successful career Paul retired in 1996.

Paul was also involved in many campaigns, organizations and participated in volunteer work. He was the Chairman of INA’s United Way Campaign at their headquarters in Philadelphia. He was a member of the United Way Board; was on the Board of Directors for the Chamber of Commerce; was on the St. John’s Hospital Community Advisory Board; was a member of the Rotary Club; and was a founding Board Member of Route 66 Festival all in Springfield, Illinois. He also spent time volunteering at the Abraham Lincoln Presidential Library and Museum. Paul was a member of the Atonement Lutheran Church in Springfield, Illinois for 37 years.

A private service will be held at the convenience of the family.