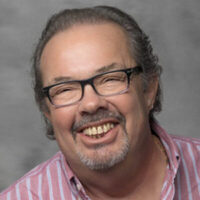 The Life of Charles A Davis

Born on November 3, 1952 in Pottsville, he was a son of the late John E. “Jack” Davis and the late Arlene E. Heinbach Davis.  He was a 1970 graduate of Schuylkill Haven Area High School, and attended Penn State.

He was an entertainment agent with Paradise Artists, Ojai, California.  Charlie’s decades-long career in the music industry started in his early twenties as the Road Manager for Peter Frampton during the Frampton Comes Alive! Tour. He then worked as Chubby Checker’s Manager for over thirty years. He joined Paradise Artists in 1996, where he worked until his passing. Over his career, he has worked with countless artists, including Bad Company, REO Speedwagon, Steppenwolf, Foghat, Joan Jett and the Blackharts, Weird Al Yankovic, Foreigner’s Lou Gramm, ASIA, Tommy James & The Shondells, Chuck Negron from Three Dog Night, Gary Puckett & The Union Gap, and many more. He served on the International Entertainment Buyers Association Board of Directors and was well loved in the industry. Owner of Paradise Artists, Howie Silverman, says: “Charlie Davis was one-of-a-kind. He was universally loved by everyone in the industry and was a dear, dear friend and family member for all of us at Paradise. It is an understatement to say that he will be dearly missed.”

In addition to his parents, he was preceded in death by a brother, Timothy Davis, in infancy.

The family will accept visitors at Dutcavich Funeral Home, 200 Sunbury Street, Minersville, on Monday from 6:00 P.M. and on Tuesday from 6:00 A.M.  Visitation will end promptly at 10:00 A.M. when procession will form.  Interment will be in Schuylkill Memorial Park, 75 Memorial Drive, Schuylkill Haven.  Visitors and attendees are expected to follow CDC guidelines.  In support of County-based music and associated performing arts, donations are preferred to the Isabelle Ross Mettam Performing Arts Fund, c/o the Schuylkill Area Community Foundation, 216 S. Centre Street, Pottsville, PA 17901.

Filter Charles A Davis's Timeline by the following Memory Categories