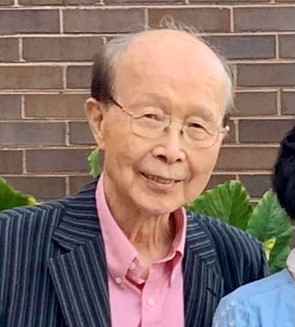 The Life of Chong-Sik Lee

Chong-Sik Lee, a Scholar of Asian Politics, Dies at 90

The cause was complications from myelodysplastic syndrome (MDS).

Professor Lee was born in Korea and escaped from North Korea to South Korea, then moved to the United States. He was one of the first Koreans to attend and graduate from the University of California, Los Angeles (UCLA). He earned his master's degree in political science from UCLA and his Ph.D. in political science from the University of California, Berkeley.

Dr. Lee taught at the University of Pennsylvania as a professor of political science from 1963 to 2000 and founded its Korean Studies Program. He was the author of many books on East Asian politics and Korean leaders including Philip Jaisohn, Syngman Rhee, Kim Kyu-Sik, Lyuh Woon-Hyung, and Park Chung-Hee. During his tenure at Penn, Dr. Lee co-authored with Robert Scalapino, Communism in Korea, which won the 1974 Woodrow Wilson Foundation Award of the American Political Science Association for the best book on government, politics or international affairs. Dr. Lee was also named Eminent Scholar at Kyung Hee University in Seoul, Korea.

Professor Lee was born on July 30, 1931, in Anju in what is now North Korea, about 50 miles north of Pyongyang, under Japanese rule. His family moved to Manchuria when he was three years old so that his father, then a teacher, could assist his mother’s brother who was doing well in business. When Dr. Lee was 15 years old, his father disappeared during a day trip intended to find farms for destitute Korean farmers. Now the oldest of five children of his widowed mother, he became responsible for supporting his family. Amongst many jobs he shoveled snow and horse droppings at a Chinese cotton mill during a frigid winter, narrowly avoiding frostbite.

His family returned to Korea in 1948. At that time, Korea had already been divided into North and South Koreas and they first settled in Pyongyang, not so far from his hometown. He continued to support his family by delivering rice. When the Korean War broke out, he evaded military service for the North Korean Army. After surviving bombing raids by the U.S. Air Force, he fled for the South in early 1951. For South Korea and the U.N. Command, he worked at the Allied Translator and Interpreter Section, an opportunity he was able to seize largely due to his knowledge of Chinese and Japanese languages. This is also where he learned English from his colleagues and later called it “my English school.”

As the war drew to a close, Lee moved to the States with the aid of American officers and Christian missionaries. Soon thereafter, he earned both his bachelor’s and master’s degrees at UCLA. He recalled later that even in those times, his primary concern was always with achieving the means of supporting himself and his family.

It was Robert Scalapino—the famed Asia expert—who first inspired him to become a scholar in general and a scholar of Korea and East Asia in particular. Looking back upon his old days, Lee once said that he had never been interested in—also known nothing about—Korean history prior to his encounter with Scalapino. He finished his Ph.D. at University of California at Berkeley. His dissertation, directed by Scalapino and submitted in 1962, was entitled The Korean Nationalist Movement, 1905-1945.

In 1963 Lee joined the faculty at the University of Pennsylvania as Assistant Professor of Political Science. He taught at Penn for almost forty years until he retired in 2000. He co-authored and published Communism in Korea in 1973, the same year he got promoted to Full Professor at Penn. With Scalapino, he received the Woodrow Wilson Foundation Award from the American Political Science Association for the best book on government, politics, or international affairs in 1974.

Lee’s academic career includes works about Korea’s history of communism, the division of the Korean Peninsula, and the origins of the Republic of Korea. He also researched major figures in modern Korean history such as Seo Jae-Pil, also known as Philip Jaisohn, who was the first Korean naturalized citizen of the United States and the first Korean American medical doctor; Syngman Rhee, the first President of South Korea (1948-1960); Lyuh Woon-Hyung, a Korean politician and reunification activist in the 1940s; and Park Chung-Hee, the third president of South Korea (1963-1979) who seized power through a military coup. In particular, his works on Korea-Japan relations, communist movements in Manchuria, and the international relations of East Asia have been translated into many languages and are considered classics in East Asian studies.

In 2020, he published an autobiography in Korean that covers his life up to 1974. He said he “left out the rest of the stories for next time.” In his final newspaper interview, Lee expressed his unabated interests in Korean political history, especially in the puzzling question concerning Stalin’s failure (or refusal) to respond to Kim Il Sung that lasted for about five days during the Korean War.

Having devoted more than five decades to collecting historical records, Lee remarked, “By reading various records, I can gain insight as to why certain events occurred, what led to the occurrence of these events, and why historical figures took particular actions.” Lee often told his students that “the true advancement of scholarship is only possible through a repetitive process of inquiry” and advised them to “accept new theories but to investigate with curiosity when these theories are unconvincing.”

In addition to speaking Korean, Chinese, Japanese and Polish, Professor Lee enjoyed learning Russian and enjoyed lessons with a teacher in Russia via video until a few weeks before his death.

Lee was an avid tennis player always looking to improve his game, calling tennis “his health keeper.” When one of his teammates was lucky enough to return his deadly forehand down the line, he would say “What’s going on here?” And when he hit a good shot for a winner, he would feign surprise with a dropped jaw and arched eyebrows. Six of his former tennis partners visited him one week prior to his passing to celebrate his 90th birthday and to share memories and colorful stories. Eighteen days prior to his passing, Dr. Lee had also enjoyed a birthday party with friends and family.

He is survived by his wife of 59 years, the former Myungsook Woo, their daughters Sharon Lee and Gina Lee and three grandchildren (Gina): Kyra, Sophia and Nicholas Kwak. Chongsik and Myungsook’s son Roger died in 1998.

Services will be held on Saturday, August 28, 2021 at 10:00 am at George Washington Memorial Park Chapel at 80 Stenton Avenue in Plymouth Meeting, Pennsylvania. Weather permitting, video monitors will be located outside the chapel that will broadcast the service.

Outdoor graveside burial will take place at the same location at 11:00 am at section PP 177.

All are welcome to attend both the services and the burial. The family requests that masks be worn.

Watch the memorial service as it’s happening live, via livestream at: https://vimeo.com/591681410 [vimeo.com]

You may also go to www.vimeo.com [vimeo.com] and search for “Memorial Service for Professor Chong-Sik Lee.”

I was truly saddened to hear about Prof. Chong-Sik Lee's passing - even though I only met him twice. It's highly unlikely that he would remember me. He was friends with my father, the late Dr. Bong Hak Hyun. I first met him in the 1980's. He and his wife came to my younger sister Helen's wedding. I fondly remember him as being incredibly captivating and eloquent. Occasionally, I'd speak with my father about him around the time that an endowment was being created for a Korean Studies chair at the University of Pennsylvania.  Decades later in January 2008, I was grateful that he spoke at my father's memorial service in Philadelphia. I've purchased some of the books he's written, and hope to read them shortly. If I could relive my life, I would have loved to have taken one of his classes (officially or audited) and/or attended any of his lectures. I'm glad that the Jaisohn Foundation is honoring Prof. Lee with an annual scholarship.  I'm sending heartfelt condolences to Prof. Lee Chong-Sik's family and friends.