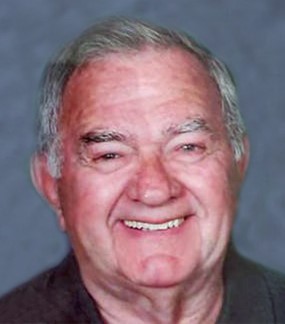 The Life of JOHN ARTHUR PARKER

Jack Parker, 85, passed away on July 23, 2021. He was born in Koshkonong, Missouri, on September 24, 1935 to Olney and Carmen Parker.Jack was married on July 24, 1954 to Joyce Ann Lindsey and they built a beautiful life together. They were blessed with six loving children. Jack retired from the Weitz Company. He started his working career very young as a brick layer. While driving around the city, with pride, he enjoyed pointing out his accomplishments to his children and grandchildren. Jack never hesitated to assist family members and friends with construction projects; building garages, fireplaces, roofing work, concrete work and many other projects. Jack was instrumental in Adventureland Park looking as it does today. Most of the brick work was completed by him. He helped build much of the structural bases on many of the rides and was often the first live tester on them. Jack truly enjoyed working for Mr. Jack Krantz, the founder of Adventureland. He also completed many construction projects at Jack Krantz’s home. The entire Krantz family was always very supportive and kind to both Jack and his family and made a profound impact on them.Jack was a fast pitch softball pitcher, a game he was involved in for many years. He taught the love of the game to his children and was often called on to teach different pitches to other aspiring pitchers. He especially loved playing on a team with his sons Dennis and Scott and Dennis’s high school friends. Many great memories from the game are still talked about today. Jack loved adventure and was fearless; willing to try anything once. Canoeing, snow skiing, riding the highest water slides, and many other activities.Jack was a fabulous father figure, not only to his own children but to many of their friends and young men who began their construction careers working for him. He was a loving husband, father, grandfather, brother, uncle and friend to all who knew him and will be greatly missed.Jack is survived by his children, Dennis (Cathy) Parker, Denise Parker, Carol Kisner, Scott (Candy) Parker, Carla (Jody Brown) Parker, and Darla Parker; honorary son Jason (Sedina) Smith; 11 grandchildren, 29 great-grandchildren, and 4 great-great-grandchildren; his brothers Dale, Stephen, Ed (Eileen), and Dan (Marie); as well as many nieces, nephews, and beloved extended family members.He was preceded in death by his parents, Olney and Carmen Parker, wife, Joyce, granddaughter, Terri, and son-in-law, Richard.Visitation will be held 5-7 PM, Friday, July 30, 2021, at Hamilton’s near Highland Memory Gardens, 121 NW 60th Avenue in Des Moines. Funeral services will be held at 10:00 AM on Saturday, July 31, also at the funeral home with burial to follow at Highland Memorial Gardens Cemetery.Memorial contributions may be directed to Taylor House Hospice in loving memory of Jack.