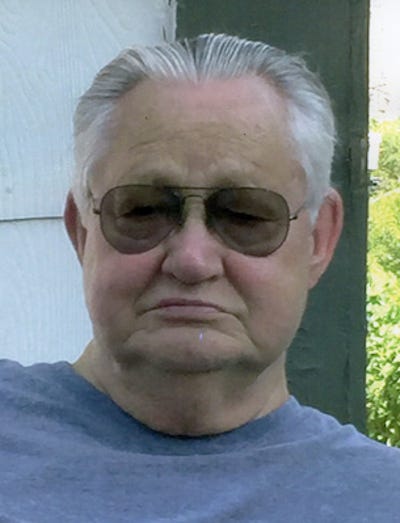 The Life of LAWRENCE GENE DANIELS

Lawrence “Larry” Gene “Slim” Daniels passed away on Monday, July 19, 2021. He was one of seven children born to Lawrence and Leota (McDaniels) Daniels in Des Moines.Larry was baptized as a Jehovah’s Witness in Eugene, Oregon, in 1959, and had no hesitation in witnessing to people he met and got to know. He resided in Idaho and California before settling back in Des Moines.Larry worked a variety of jobs throughout his career. He helped build the Redwood Hotel on Hubbell. He worked as a pin setter at a bowling alley in downtown Des Moines. He was a roustabout on a carnival for Carl Harlan’s Mile Long Midway. Larry ran an annealing furnace at Phelps, Dodge Copper in Bakersfield, CA. He made rubber gaskets for the NASA program. He was a GM certified mechanic at various garages and dealerships. Larry was an automobile salesman. He was an over-the-road truck driver. He worked as an armored car driver/security guard, eventually servicing and repairing ATMs. Larry was an assistant manager for the local DAV store, and before retiring, he worked as the gate security guard for PDI in Ankeny.Larry was an interesting man to all who knew him. He had a wide base of knowledge and could “read” a person in seconds. He was knowledgeable about the Old West and complained about the inaccuracies he saw in Western movies. He loved the cars from the fifties and early sixties and would often regale about the cars he owned. Larry also enjoyed the music from the 50’s and 60’s as well as older country music. Larry had a knack for playing music by ear. He enjoyed playing his keyboard and electric guitar. There were many a time he would ask Gina to look up lyrics for him. You could always locate Larry when shopping because he loved to sing. He enjoyed cooking for his friends and family. He was accomplished at smoking meats and loved to tell people about the time he smoked a pork crown roast in the middle of winter and served it to Gina for breakfast. Larry enjoyed going to the shooting range, having been a gun enthusiast going back to growing up in the wilderness of Idaho. He even had his own range set up on a farm when working for Lewis System. Larry was a natty dresser in his time making sure his ties matched his shirt and suit, and always had a pocket square in the pocket.Up until he started to become ill, he did his best to make life for his wife Gina easy. In his retirement, he would cook, clean, get groceries, mow the lawn, and snow removal. Larry love to tell people that in his 35 years of marriage, he never had an argument with Gina.Larry is survived by Gina Marie, his wife of 35 years and best friend of 45 years. He is also survived by family and friends.