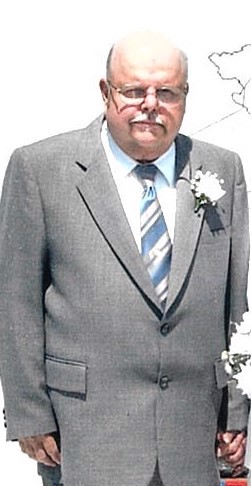 The Life of John A Koch

Born in Pottsville, October 23, 1945, He was a son of the late Robert and Dorothy (Mohl) Koch, Cressona.

After Graduating from Blue Mountain Class of ‘65 John honorably served in the Vietnam War with the US Army 86th Engineering Bn.

John retired after 33 years as a Baker from Plain and Fancy Donuts, Schuylkill Haven.

John served for 10 years as the Commander of Post 29 of the Veterans Of The Vietnam War of Port Carbon during which the organization constructed the Schuylkill County Vietnam Veterans Memorial at Penn State Schuylkill Haven.

In 1992 he was awarded the Pottsville Joint Veterans Council – Veteran of the Year Award as well as numerous other recognitions for his community service.

In addition to his parents, he was preceded in death by brothers Robert and George Koch, sister Betty Kolb and step daughter Jennifer Cicero.

Surviving are his wife Charlene (Altemos) Koch,  son Robert Koch and his wife Kristy of Reinholds,  grandchildren Kaitlyn and Thomas Cicero of St. Clair, and Nieces and Nephews.

Funeral Services will be held at 10:30 AM Wednesday July 7, 2021 from the Bruce T. Hart Funeral Home, 110 North Second Street St. Clair.  Pastor Amy Kirkpatrick will be officiating.  Friends may call from 6:00 PM – 8:00 PM Tuesday and from 9:30AM – 10:30 AM Wednesday at the Funeral Home. In lieu of flowers, contributions may be made to St Joseph’s Center for Special Learning, 2075 W Norwegian St, Pottsville, PA 17901. Burial with military honors will be in Schuylkill Memorial Park, Schuylkill Haven.

Filter John A Koch's Timeline by the following Memory Categories