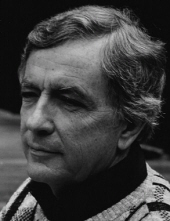 The Life of Francis E Johnston

It is with great sadness that we report the passing of Dr. Francis E. Johnston on August 20, 2020, due to complications from Alzheimer's. Johnston, or Frank as he was known, was a Professor Emeritus of biological anthropology at the University of Pennsylvania and held many senior positions in anthropological and professional organizations over the course of his career. He was living in Springfield, PA, at the time of his passing.