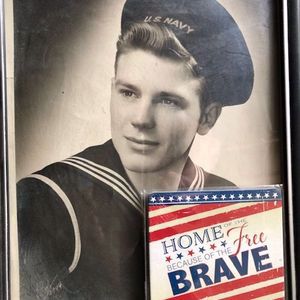 The Life of Robert J. Murphy

Robert J. Murphy Sr., of Melrose Park, PA passed away peacefully at Brookside Nursing Center in Roslyn, PA. on June 1, 2021, at the age of 95.

Robert was the devoted husband of Christine who passed in 2008; married for over 59 years. He was the beloved father of Robert (wife Kathleen), Christopher, and Sheilah Murphy. He will be sadly missed by his grandchildren Robert J III, Nicholas (wife Sami Ann), Jennifer, and Anthony Murphy, by his many nieces, nephews, and by all who knew him. He was preceded in death by his sisters Betty and Dorothy, and by his brothers Albert and Billy.

His Interment will be in Arlington Cemetery, Drexel Hill, PA.

Memorial Contributions may be made in Robert's name to the Children's Hospital of Philadelphia 3401 Civic Center Boulevard Philadelphia, PA 19104