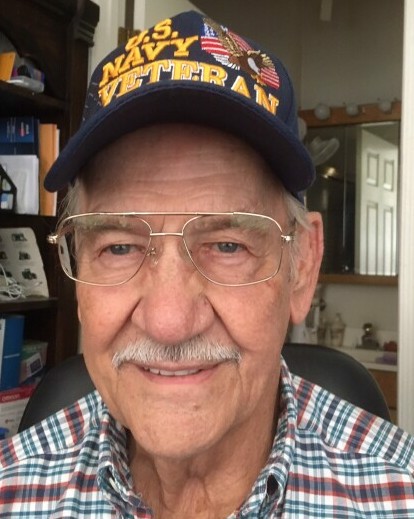 The Life of James Ronald Thomas

James Ronald Thomas, passed away at Inova Alexandria Hospital from complications after a short, but fierce battle with liver cancer on Saturday, May 15, 2021. He was 89 years old. Jim is survived by his wife of 64 years Carolyn, his brother Walter of Fresno, California, his sister Judy of Brookfield, Missouri, children Elizabeth (Liz) of Laurel, Maryland and James (Jim Jr.) of Kissimmee, Florida, and grandchildren Brian of Rockville, Maryland, Amanda Lee of Orlando, Florida and great grand daughter, Lexi Elizabeth also of Rockville.

A husband, a father, a patriot and veteran, a lover of good food (mostly all prepared by his wife) and all kinds of music, a tinkerer, mechanic and carpenter, a successful professional with a three-decade career as a Certified Public Accountant for the Federal Government, and a proud Texas Longhorn, he will be missed forever by all who knew and loved him.

Born of the Depression in Linneus Missouri on August 19, 1931, Jim was the fifth child of Fred and Veda Thomas. Growing up on the family farm along with his siblings, Georgia, Frances, Robert, Walter, Richard and Judy.

Jim enlisted in the United States Navy in January 1951, serving as a Diesel Engine Operator aboard the USS Eversole (DD-789). While in the the Navy, Jim earned the Korean Service Medal with 1 star, the United Nations Service Medal, the National Defense Service Medal, a Korean Presidential Unit Citation with Oak Cluster, and a Good Conduct Medal. His Naval service ended in 1955 as a result of contracting tuberculosis while on active duty and the subsequent aggressive treatment for the illness.

His lengthy medical treatment and rehabilitation, led him to the Veteran’s Hospital in Kerrville, Texas in 1955 where he met the woman who would later become his wife, Carolyn Margaret Maxwell. They were married on July 14, 1956 and would bring two children into the world, Carolyn Elizabeth born in 1957 and James Ronald (Jr.) born in 1960.

The couple remained in Kerrville where Jim enrolled at Schreiner Institute, completing two years of business studies there, before moving to Austin Texas in 1961 to enroll at the University of Texas where he earned a Bachelor’s of Business Administration Degree in 1962. Jim later earned his Certified Public Accountant degree.

His career in the U.S. Government began at the General Accounting Office in Washington, D.C., moving the young family to Arlington Virginia where Jim and Carolyn would remain. During his 36-year career, Jim held a series of progressively responsible positions, including a position as Chief Grants Officer for the National Endowment for the Arts. Jim retired in 1987.

Throughout his life, Jim never saw a project big or small he couldn’t tackle himself, likely a trait honed by a life on the farm where Jim wired the family home for electricity. He was gifted with tremendous ingenuity and self-reliance. Whether fixing a car, soldering a leaky pipe, welding together a newspaper delivery buggy for his son from old bikes, fabricating a red, white and blue skateboard for his daughter, building decks and sun rooms, he was adept at all these trades and more.

Jim was blessed to have had his loving wife, Carolyn by his side for nearly 65 years, together they enjoyed traveling by car to favorite places including Missouri, Atlantic City, Texas, and Tennessee. When they weren’t finding the best in local dining, Carolyn lovingly prepared Jim’s favorites of which there were many. Their devotion to one another was clear for all to see, holding hands like newlyweds while gently and gracefully growing older together.