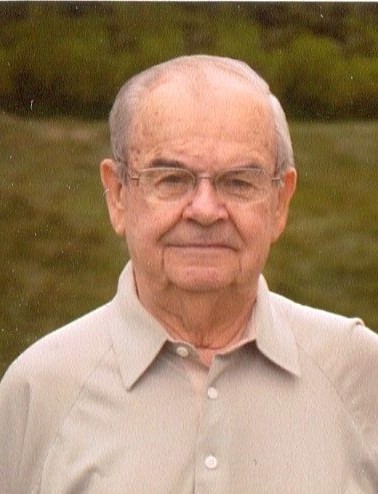 Harry Horace Herman, Jr., 89, of Kutztown, passed away peacefully on Friday, April 30, 2021 in his residence. He was the husband of Nettie K. (Heffner) Herman, whom he met at C.J Hummel's Dance Hall in Lenhartsville, and later married on September 1, 1956 in the St. John's Lutheran Church Parsonage on Main Street in Kutztown. They continued to be faithful members of St. John's Evangelical Lutheran Church for many years. Nettie sadly passed away on May 23, 2020.

Born and raised in Topton, PA, Harry was the youngest of four children, and only son of the late Harry H., Sr., and Mamie C. (Derr) Herman. He attended school in Topton until 9th grade when his family moved to the Village of Chapmans. He graduated from William Allen High School, Allentown, class of 1949, where he also attended vocational-technical school with a focus in auto mechanics. He honorably and faithfully served in the Pennsylvania Army National Guard as a Seargent First Class from 1948 to 1957. After high school, Harry went to work for his father and uncle's well drilling business, the former Herman Brothers Well Drilling in Lehigh County, for 11 years.

In 1961, Harry and his father purchased the former Wagaman's Drive-In, Topton and renamed it to what it is today, Herman's Drive-In. Harry, along with his wife, Nettie, owned and operated the local eatery from 1961 until their retirement in 1995. After 10 years enjoying retirement, Harry decided to go back to work at Herman's as a morning clean-up person, preparing the Drive-in for their daily operations from 2005 until 2015. It was during his time at Herman's that he had the opportunity to meet and serve so many people over the years, building relationships that would last a lifetime. He was always proud of his dedicated employees, loyal patrons, and what he and his wife accomplished during their ownership.

Those who knew Harry probably didn’t know him without having Nettie by his side. The couple was inseparable over their 63 years of marriage. They enjoyed traveling, cruises, bus trips, especially to Atlantic City and other casinos, going out to eat, taking walks around Kutztown, and socializing at Renninger's Farmer's Market, Quality Shoppe, Airport Diner and the local shopping malls. They were proud of their home on Constitution Boulevard in Kutztown. Harry could often be found tinkering with his Lionel model train display and his model truck collection or fixing just about anything while Nettie could be found outside taking care of her flowerbeds and baking delicious treats in their kitchen. Even if you met Harry and Nettie only once, you knew how proud they were of their family, especially their three grandsons, and most recently, their three great-grandchildren. They could often be found supporting and attending their grandsons' school, music and sporting events, often being the first ones in attendance, seldomly missing any.

Harry lived a life full of happy memories and love and was so fortunate to see his family grow. The last 11 months have not been easy without the love of his life, whom he missed every day. Our family will forever be grateful for his love, caring personality and being a role model for all of us.

In addition to his wife Nettie and his parents, Harry was predeceased by his three sisters, Miriam (Herman) Moyer, Arlene (Herman) Weaver and Lucille (Herman) Sicher.

A joint memorial service to celebrate and honor both Harry and Nettie will be held on Saturday, May 8, 2021 at 11:00 a.m. in Ludwick Funeral Homes, Inc., 333 Greenwich Street, Kutztown, PA with their Pastor and former employee, Reverend Mary Ann Hamm officiating. Relatives and friends are invited to a visitation from 9:00 to 10:45 a.m. in the funeral home. Burial will be held privately.

He was a wonderful man who gave me my first job. He will be sadly missed. My heart goes out to the family and friends 💔.

I grew up down the hill from the Topton resevoir but I spent a lot of time in Topton.  I remember Harry was always friendly even to us young kids.  I was nine when he bought the place and spent many a dollar enjoying the ice cream.  We would walk in, drive our bicycles or even be driven by our parents. Harry Herman's was a favorite place to hang out after spending time at the Tooton pool or after a Boy Scout meeting.  I have pictures of our bicycles in front as we are standing around eating.   The place was much smaller back then, there was no porch, screens or patio roof.  The menu was very limited compared to now.  The only meat was hot dogs and turkey or hamburger barbeque.  No hamburgers or french fries were found under his roof, but there was a lot of candy.  Inside, the front glass was loaded with different kinds of candy. Harry Herman is a Topton icon from my childhood, there are not too many left.

Whenever I would see Harry and his wife, no matter where it was they were always very friendly.  It was always like seeing an old friend, which is what they really were.

Harry hired me at Herman's Drive-In in the late 80's, and both he and Nettie were a joy to work with. I have such fond memories of my "first real job," that I'm not even sure where to start... from learning the art of twirling the perfect large ice cream cone, to counting out hundreds of penny candies to the pool kids, or surviving the very busy evening Sunday shifts. If you worked at Herman's Drive-In back in the 80's and 90's ...you were one lucky teenager! But what really meant the most was the friendship we developed. Nettie was so caring and kind to everyone... we had many hilarious laughs together in that amazing little ice cream shop. Harry was the brains behind the scenes, but always came out front to see the customers, say hello, and help out. He kept that place running like a fine oiled machine. I cannot say enough about their support and genuine friendship over the years... even after many years passed, I enjoyed running into them at the Berkshire Mall, or around town, and reminiscing about the fun memories we had back then. Although I will truly miss them, I reflect back and think about the better person I am today because of the experiences I had at that time in my life. Rest In Peace Harry and Nettie... I will never look at an ice cream cone or an extra think black and white malted milkshake quite the same ever again. Deepest sympathy to Lisa, Julie, and the entire family.