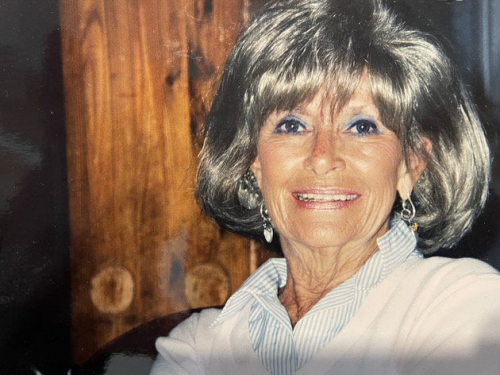 Jane was born April 12, 1931, in Pottsville, to the late Anthony Leo and Gertrude (Towey) Zacko. Her sister, Geraldine Weiss, predeceased her in 2016.

Jane was a 1949 graduate of Pottsville High School. Shortly after graduation, she married Jack Morrison and moved to Auburn to raise her family. She remained friends with her former husband until his death in 2019. Jane was well-known in the Auburn community as someone to call when help was needed. She headed the American Red Cross blood drives for many years as well as volunteered with the American Cancer Society. In 1995, she moved to Pinebrook, Orwigsburg, where she was president of Pinebrook Homeowners Association. Jane was employed at J. Bertolet Volkswagen in the service department, the George Crump Realty Office in Reading and was the office manager at John T. Morrison Jr. Realty. Jane was also a member of St. Ambrose parish for many years.

Jane's primary focus throughout her life was her family and friends. She was always willing to lend a hand or help out in any way. If someone needed anything, she would find a way to get it. She had a vast network of friends in many places and always stayed connected. And she thoroughly enjoyed organizing her high school reunions. Adventure was her middle name whether it was one of many road trips with grandchildren and nieces and nephews or travel abroad, especially with her cousin, Louise, or the many trips to New York City over the years.

There will be a Mass of Christian Burial at 10:30 a.m. Tuesday, May 4, at St. Ambrose Church, Schuylkill Haven. The Rev. Father Mark Lane, C.O., pastor of Oratory Church of St. Boniface, Brooklyn, N.Y., will be the celebrant. Family and friends may visit from 9:15 a.m. until the beginning of the Mass. Interment will be in Schuylkill Memorial Park immediately after Mass. All CDC guidelines will be strictly enforced. Please wear masks and maintain social distance. In lieu of flowers, donations may be made to the Auburn Fire Department, 131 S. Front St., Auburn, PA 17922, or Orwigsburg Public Library, 216 Independence St., Orwigsburg, PA 17961, or Auburn Memorial Park, P.O. Box 154, Auburn, PA 17922. Grabowski Funeral Home has been entrusted with the funeral arrangements.