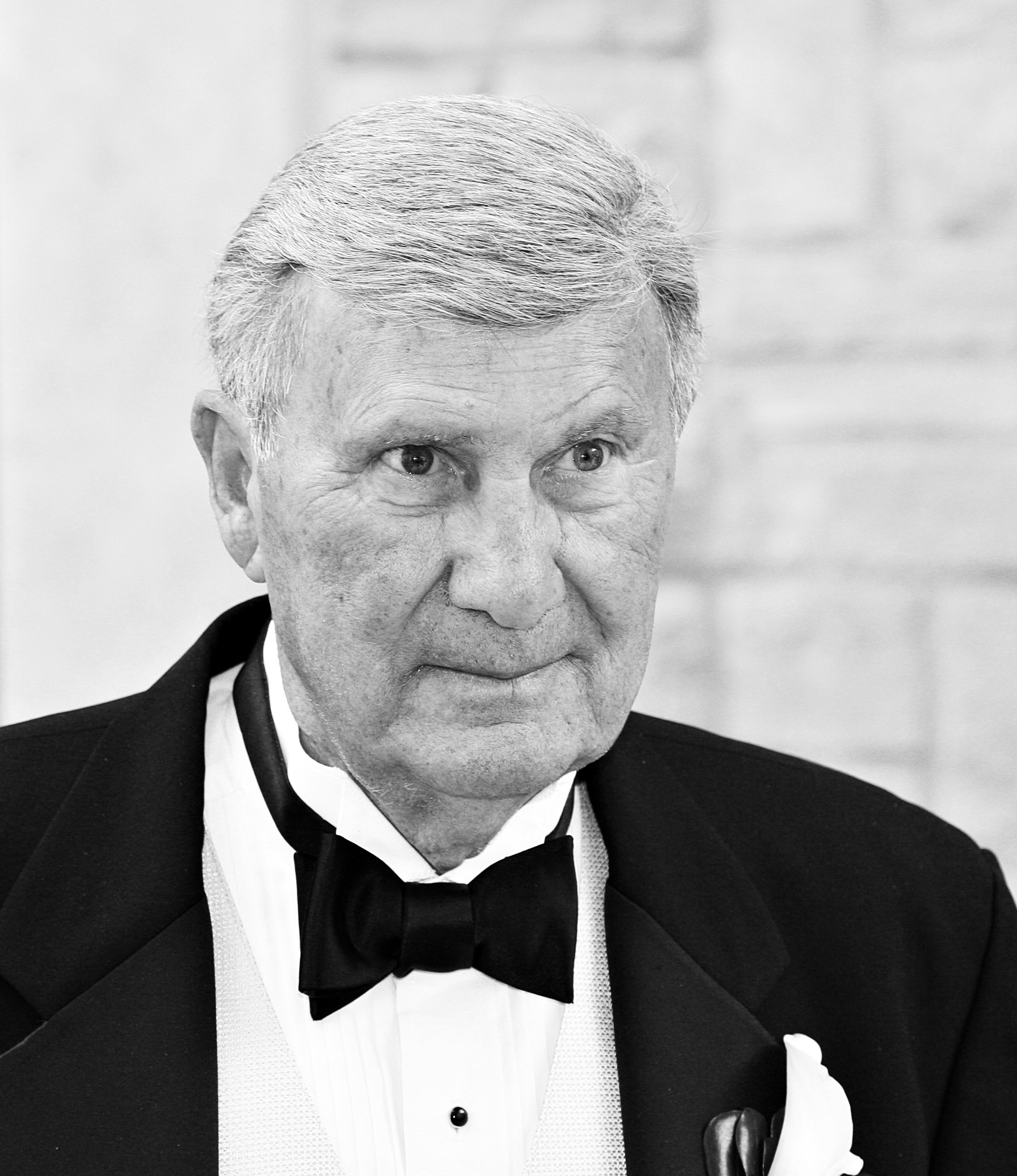 The Life of HENRY LEROY SMITH

He was a man with a good heart, great strength, and deep feelings. He adored his wife, children, and grandchildren. He really came alive telling stories of his upbringing in Des Moines, his Catholic school days, his admiration for his mother’s soups and pies or his grandparents’ vegetable garden, or his mischievous childhood escapades. He loved to dote upon his family, ensuring they were well provided for and spoiling them with nice things.  But, most importantly, he wanted to instill values in his children for doing their best and making their family proud, being early and not just on time, working hard and conscientiously, and having the fortitude to make it through tough times with self-confidence and grace.

As a young man, he was a successful athlete—something that was important to him.  He impressed his friends (and his children and their friends) by outrunning anyone who challenged him and often outswimming his friends as they raced each other across the Mississippi River. He was a Golden Gloves boxer, a good dancer, water skier, ice skater, and golfer. He enjoyed competition, loved the pursuit of achieving a personal goal, and wanted the same for his children. He was a proud supporter and never missed his children’s games or competitions. He encouraged them to pursue their interests to the fullest and supported them in anything they wanted to do. He was the kind of father who would buy the plot of land next door just so his kids and their friends could have a large and safe space to play together.

He will be remembered as a man who was strong and stoic, reserved and quiet. He didn’t make a lot of himself or demonstrate a lot of outward emotion, which made his moments of unexpected tenderness the most endearing. Some of his happiest moments were marrying the love of his life, raising three kids and many poodles together, celebrating at the weddings of his three children, attending the births and the future marriages of his grandchildren, and meeting his great-grandchildren. He loved his parents and four siblings dearly, and that love carried over to the family he raised. Family was the most important thing to him. He was our biggest cheerleader in life and loved us all unconditionally. He always put his family before himself. Seeing us happy made him happy.

He met his beloved wife, Bonnie, at a dance in Des Moines on a Saturday night in the early 1950s. He was attracted to her beauty and wholesomeness. She was attracted to his cute personality, dapper looks, and his dark curls. Their love story continued for over 67 years, filled with all of the great ups and downs of marriage and family. One of his favorite things in life was taking care of her, but at the same time, he was proud of her career and independence. He celebrated all of her successes and achievements in their egalitarian relationship. He loved her deeply.

One of the delights of his life was spending time with his grand-babies. His face lit up every time he got to see anyone from his family, but this was most true with his grandchildren. Nothing was more joyful than watching him with them. They were his pride and joy – each and every one of them. Over the years, he had fun playing with them and teasing them – challenging them to tricycle races, seeing who could catch the biggest fish, taking them on trips, raking piles of leaves for them to jump in, cooking for them, laughing with them, and mostly just spending time together watching TV or movies. He didn’t care what they did; he just loved having them around.

Dutch also loved to cook. His mother owned a small cafe when he was growing up, and he learned to cook from her. His head was full of cooking tricks and tips and home health remedies. He loved nothing more than cooking weekend meals for his family or making his boys a steak after their football games. He liked to unwind by spending an afternoon making a pot of chili or his famous goulash, or pickling some vegetables. He always had tomato plants growing in his backyard and usually hot peppers, too.

If he ever felt disappointed with life, worried, or downtrodden, none of us would ever have known it. He seemed always content, needed little, and was philosophical about life. He didn’t want a lot of action or excitement; he was satisfied with everyday life. As long as his family was happy, he was happy. He left us with a lot of funny or wise catchphrases that ring true to his life lessons or that underscore his wry sense of humor. These phrases live on and bring smiles to our faces as we find ourselves repeating them with our own families. One of our favorites was, “It looks like there’s been another miracle in the Smith house.” This applied to any time one of his children refused to admit to wrongdoing or breaking a household object.

But the real miracles of the Smith house were our parents and grandparents, Dutch and Bonnie Smith. We have been blessed by God beyond measure to have role models who loved life, loved each other, and loved each of us children, grandchildren, and great grandchildren with a fervor and specialness second to none.

Our father and grandfather passed away peacefully on February 26, 2021 and is at last reunited with his wife. May they rest in peace together in the loving arms of God. We miss you deeply, Mom and Dad, Grandma and Grandpa.

A private mass is planned at St. Anthony Parish, followed by an interment ceremony at Highland Memory Gardens Cemetery in Des Moines, Iowa. Memorial contributions may be made to the Arthritis Foundation.