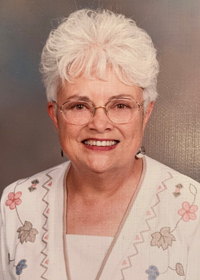 The Life of MARJORIE RUTH FENTON

Marjorie Ruth Fenton passed away peacefully on Tuesday, April 20, 2021, at Edgewater in West Des Moines, at the age of 85.Marjorie was born June 8, 1935, in Palmyria, Iowa to Oral and Mildred (Weaver) Lettington. She was baptized and confirmed in the Lutheran faith and was a member of Windsor Heights Lutheran Church at the time of her passing. Marjorie was raised on the East side of Des Moines and was a proud East HS alumnus. Following high school, she attended Drake University earning a teaching certificate. She later completed her bachelor’s degree in education from the University of Iowa.In 1960, Marjorie was united in marriage to Keith Fenton. To that union, three children were born, Nancy, Karl and Connie. The couple divorced in 1990.Marjorie was an elementary school teacher for Urbandale, Newton, and Des Moines before she became a full-time homemaker. She remained a life-long learner and teacher. She was dedicated to American Institute of Business (AIB) as the president’s wife for 30 years. She assisted hosting college functions for students, faculty, and staff and was beloved by the AIB community.In addition to supporting her children’s activities, Marjorie was especially involved as a volunteer for the Heart of the Hawkeye Council of Camp Fire. She served on their board of directors for two terms and was board president from 1981-1985. She led the capital campaign to raise funds to purchase the Camp Fire headquarters in Des Moines. She also loved being a youth leader and spending time at Camp Hantesa. Marjorie was active at the regional and national levels for Camp Fire too. In 1982, she was invited by President Ronald Reagan to represent the Camp Fire organization at the National Youth Conference in Washington, D.C. In 1985, the Des Moines Register recognized her as the “Neighbor of the Week,” for her volunteer service.In 1994, Marjorie met the love of her life Gene Hertel on a blind date! She adored Gene and spending the last 26 years together with him. They loved traveling all around the world including Austria, Germany, Australia, and New Zealand. However; their favorite trips were driving over 140,000 miles in their camper van. They drove through Canada all the way to Alaska and back. They visited most of the 50 states and spent several winters in Rockport, Texas. In 2011, they moved to Edgewater in West Des Moines where they enjoyed their independent living apartment and the many social activities and friends they made.When Marjorie became a grandmother in the mid-1980s, she loved spending endless hours with Annie, John and Ryan providing daily childcare, chauffer services, tutoring, singing songs and overall teaching them to enjoy laughter and to be happy in their lives. She was grandma to Gene’s grandchildren Sara, Eric, and Kelsey. Years later she became a grandmother again to Morena and Jaina. She loved all of her grandchildren dearly and enjoyed spending time with them.In her life, Marjorie was always active in her church. Most recently, she was a member of P.E.O. where she made many dear friends.As Marjorie’s health declined, she spent the last 16 months of her life in the skilled care area of Edgewater. We wish to thank her doctor Dr. José Angel, as well as the dedicated nurses and staff at Edgewater for the loving care they provided. We are forever grateful for the love shown to her, especially during the pandemic, when the staff “became her family,” when we could not be there in person.Marjorie is survived by her daughter Nancy Williams (Joe Romeo), son Karl Fenton (Barbie Gray), and daughter Connie Trujillo (Rudy); grandchildren Annie Poblocki (Andrew), John Williams, Ryan Williams (Mckenna Lynch), Morena Trujillo, Jaina Trujillo, and great-grandson Abel Williams; her sister Sandi McCann (John), and many nieces and nephews. Also surviving is her partner Gene Hertel, his son John Hertel, daughter Jane Meyers, and son Dan Hertel (Karen); grandchildren Sara Fuller (Sean), Eric Meyers, Kelsey Hertel (German Acosta), and great-grandson Zealand Fuller. Marjorie was preceded in death by her parents, her sister Harriett Pearson, brother Norman Lettington, and nephew Steven Mullins.Visitation will begin at 10:00 a.m., followed by funeral service at 11:00 a.m., Thursday, May 13, 2021 at Hamilton’s near Highland Memory Gardens, 121 NW 60th Avenue, Des Moines. Those who wish to attend the service virtually may do so through a link that will be available below the day of the service. Burial will take place at Highland Memory Gardens Cemetery after the services. There will be a reception at the funeral home following the burial.Memorial contributions may be directed to Camp Fire, 5616 Hickman Rd., Des Moines, IA 50310.