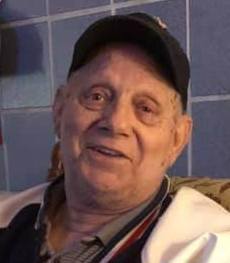 Born in Meyerstown, PA on January 4, 1943, he was a son of the late William Henry & Parma Josephine (Cicero) Sonnon.

He was the widower of Barbara Lee (Dillard) Sonnon.

In addition to his parents and wife, Jim is also preceded in death by five brothers: Fred, William, George, Sam, & Robert Sonnon.

He was a member of Trinity Lutheran Church, Pottsville.

Jim had been employed as a truck driver for local textiles factories.

A viewing will be held  from 9-11 a.m. on Saturday, April 10th at Schuylkill Memorial Park's Chapel,  75 Memorial Dr., Schuylkill Haven. A graveside service will follow the viewing.

In lieu of flowers, memorial contributions may be made to Montene Moyer,  112 Schuylkill St. Cressona, PA 17929. Donations will be forwarded to Lehigh Valley Cancer Center in Jim's memory.