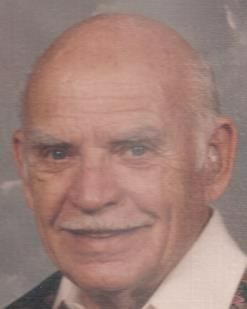 The Life of Stuart W Lewis

Stuart W. Lewis, 94, passed away Sunday, March 26, 2017 in residence at Sacred Heart Senior Living, Northampton, PA. He was the husband of the late Florence (Hendrickson) Lewis. He was born and raised in Pottsville, PA, the son of the late William J. and Helen (Remensnyder) Lewis. After graduating from Pottsville High School in 1940, he served honorably in the US Navy in WWII as Quartermaster First Class aboard the USS Hancock, CV-19. He worked almost fifty years in construction as a surveyor and highway engineer, having worked for a company, which built portions of the PA Turnpike and the Interstate Highway System. He served one term as president of the eastern PA section of the American Society of Highway Engineers. Survivors: Son Richard S. husband of Mary Ann (Evans) Lewis of Bethlehem, Son Robert T. husband of Sandie (Adamaitis) Lewis of East Windsor, NJ., Daughter Kathleen A. Lewis of Opelika, AL., Son S. Gary husband of Donna (Strubeck) Lewis of Richmond, VA. and Daughter Karen E. (Lewis) wife of Craig A. Davis of Boca Raton, FL. Surviving siblings, sister Helen (Lewis) Heisler of Mechanicsburg, PA and brother Burton Lewis of Weatherly, PA; also 9 grandchildren and 6 great-grandchildren. Services: A memorial service will be held at the Bachman, Kulik & Reinsmith Funeral Home, 17th and Hamilton Streets, Allentown, PA on Friday, April 7th at 10:30 a.m. A visitation will be held from 9:30 to 10:30 a.m. Friday in the funeral home. Interment will be at Schuylkill Memorial Park in Schuylkill Haven, PA at a later date. Contributions: In lieu of flowers, donations may be made to the Miller-Keystone Blood Center, 1465 Valley Center Parkway, Bethlehem, PA, in Stuart's name, where he had donated over five gallons of blood during his lifetime.