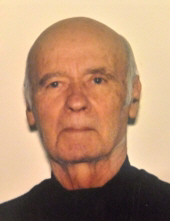 The Life of PASQUALE VILLANI

Pasquale "Patsy" Villani, 75, from Pittsburgh PA passed away peacefully, Tuesday, March 30, 2021, in his home with his wife by his side. Patsy was born June 22, 1945 in Cervinara, Italy to his late parents Vito and Amalia (Taddeo) Villani. From there he moved to Canada then to the U.S. where he settled in the Bloomfield neighborhood of Pittsburgh. Patsy was an honest, hard- working boilermaker, as well as a devoted husband and father who always put their needs first. Patsy had a love for the waters that led him to serve in the Italian Navy. His hobbies included hunting wildlife or mushrooms, hiking, fishing, swimming or just a relaxing day listening to Italian Opera. He is survived by his wife of 50 years, Anna; his children Mark (Holly) Villani, Amy (Kevin) Hoerner, Dina Villani, Patsy (Christina) Villani; his grandchildren; Shane, Thomas, Isabella, Giovanna, Alexander, Gabriella and Sofia; his great grandchildren; Lexi and Alana; Late Father-in-law Giuseppe and mother-n-law Giovanna Ricci; Brother Antonio (Theresa) Villani, Anita (Pierro) Volpe, Domenic (Christina) Ricci and Maria (Paul) Lazarro and many nieces and nephews from Pittsburgh to Tortona, Italy. He is preceded in death by his grandchildren Thomas III and Taleena and great grandson Roman. Viewing will be held at Winters Funeral Home, 4730 Friendship Ave, Pgh PA 15224 on Monday, April 5th, 1-4 and 6-8. A funeral service will be on April 6th at St Maria Goretti Liberty Campus (St.Joe's) at 10 am.