The Life of Jerry Felker

The son of the late Carl A. B. and Lillian C. Felker, he is survived by a sister Carolyn Felker, a brother Fredrick Felker, a nephew Thomas Felker and two nieces, Emily (Remi deZoeten) and Melissa (Paul Chi and daughter Lillian).

Born in Bethlehem, PA, Jerry moved with the family to Drexel Hill in 1971.  He graduated from Upper Darby High School in 1972 and completed the diploma program at the Hussian School of Art in 1976.  Jerry and Carolyn resided at Lima Estates in Media since 2015.

Jerry worked as a graphic artist at Volt Technical in King of Prussia and R K Graphics in Ardmore.  He was the sports manager at the K-Mart in Broomall until their bankruptcy.  He served as second shift custodian at Upper Darby High School for eleven years until his retirement in December 2014.

Jerry was a very positive and cheerful person who was happiest when he was helping someone.  He was very proud of his participation in the Delchordians Barbershop Chorus and enjoyed both the singing and the camaraderie of the group.

While living in Drexel Hill, Jerry worshipped with the family at Holy Comforter Church.  When at Lima Estates in Media, they joined the Lima United Methodist Church.

A virtual funeral service will be held at the chapel in Toppitzer Funeral Home in Drexel Hill on Wednesday, February 24 at 11 am.  Intermment will be private.

Jerry and I worked together at Upper Darby High School.  As a teacher who spent many evenings working late in my Preschool classroom or the SAP office, Jerry often kept me company.  I looked forward to his smile and pleasant hello each day after school.  He was always positive, never complained, and took interest in what I was doing.  When I hatched chickens every year I would find him peeping into the brooder quietly so he wouldn't wake them up.  Jerry was a peaceful man who did his job and loved the simplicity of his life.  I remember hard boiling over 100 Easter eggs one evening.  Jerry said he loved hard boiled eggs so I offered him the cracked ones.  I smiled as he ate all 8 of them!  I guess he really did love hard boiled eggs!!  I missed Jerry when he retired from UDSD. I missed his pleasant greetings each afternoon and my room was a bit lonely in the evenings.  I enjoyed seeing him at various productions at the Performing Arts Center.  Whenever I attended a program I knew Jerry and Carolyn would be there supporting the students and adults who acted or sang on stage.  Jerry was a kind and caring person, and he was a good listener.  Rest in peace my friend.  Love, Heather Berardinelli 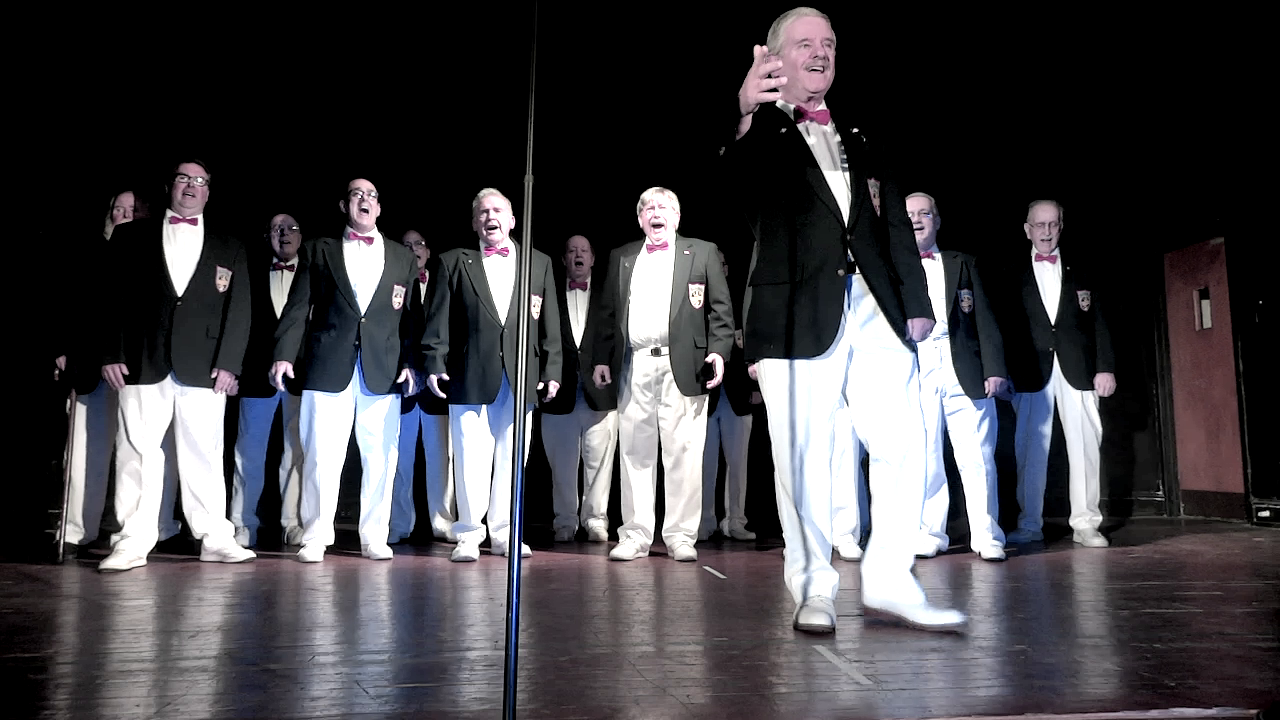 We, The DelChordians, will miss Jerry's pleasant smile as we began our regular Monday evening rehearsals. Although Jerry is no longer with us he will be remembered. The camaraderie with all of us made us all smile. He never complained about singing a particular section of a song over and over until we got it right. Just one look at Jerry's face during our rigorous rehearsals was all it took to KNOW that everything was OK.

Our barbershop chorus, would have liked to sing a few of Jerry's favorite songs tomorrow but this pandemic has made it just too risky to do so at this time.

There is a final phrase in one of the songs (called "An Irish Blessing") we used to sing together that I think fits here very nicely...is goes like this:

May He hold you in his hand.

May God hold you in the palm of his hand."