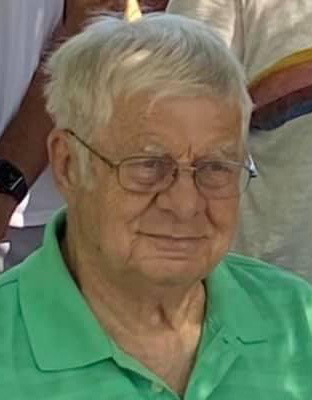 The Life of WILLIAM JOSEPH FLAHERTY

William Joseph Flaherty, known to all as Bill, passed away at Mercy Medical Center February 11, 2021 due to COVID-related complications.Bill was born in Colfax, Iowa July 24, 1940 to William and Mary Flaherty. His family moved to Virginia during WWII and then back to Iowa where he grew up with his five siblings. While formal education was never necessarily Bill’s “thing”, he was always one of the wisest people in every room and could be counted on to know most of the answers to random trivia questions.Bill joined the United States Army in 1963 and served 4 years. He was stationed in Germany and enjoyed seeing other parts of the world.Bill met and married his lifelong partner, Janice Porter in 1967. They settled in Des Moines and raised three children and together navigated the ups and downs of marriage and family with love and grace. Bill began working for Allied Construction in 1969 and worked there for 33 years before retiring in 2002.After retirement, Bill and Janice simply enjoyed spending time together. They traveled a bit, enjoyed occasional trips to casinos, but most of all loved spending time with their family. Bill cherished every second of being a Grandpa and if you ask his grandkids, they will tell you he was a pretty darn good one!Anyone who knew Bill knew he had a twinkle in his eye, a ready laugh, loved to tell stories, enjoyed nurturing his rose garden, faithfully fed his birds, was a fierce cribbage player, and finished every sentence with “and everything”.While he was humble about it, Bill overcame his addiction with alcohol and, in fact, received his 37-year sobriety medallion while he was courageously battling the virus that ended up taking his life.True to their vows, “to have and to hold in sickness and in health”, Bill and Janice have lovingly nursed each other through the illnesses that come with the territory of growing old together – right up until the end.Bill was preceded in death by: his parents, William and Mary Flaherty; his brother James (Dan) Flaherty; and infant twin brothers. Left to cherish his memory: wife, Janice (Porter) Flaherty; son Rick (Gretchen) Flaherty; daughter Lynn (Rusty) Rose; daughter Kristi (Troy) Troncin; grandchildren Jeremy, Oscar, Carter, Camden, Porter, and Grace; and siblings Cathy Flaherty Warner, Michael Flaherty, Maryanne Flaherty, and Patrick (Lillian) Flaherty.Funeral services will be held at 10:00 a.m., on Monday, February 15, 2021, at Hamilton’s near Highland Memory Gardens, 121 NW 60th Ave. in Des Moines with burial to follow at Highland Memory Gardens Cemetery. Visitation will be held at the funeral home Sunday afternoon from 3-5 p.m., also at the funeral home.