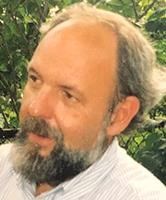 The Life of FREDRICK UTECH

Dr. Fred Utech, formerly of Edgewood, died peacefully in his home in Ligonier, Tuesday, Feb. 9, 2021. The cause of death was COPD. He was born April 19, 1943, in Merrill, Wis. His parents were the late Priscilla Pickruhn and Herbert Utech, of Wausau, Wis. A field botanist and researcher for over four decades, Fred was an inquisitive lover of nature who contributed extensively to our understanding of the natural world. Whether hiking, ice climbing, canoeing, or just pulling off the highway with family in tow to collect plant specimens, he spent most of his life outdoors. A devoted husband and father, and a mentor to many young scientists, his quiet intensity often gave way to his underlying sense of humor. In his youth, Fred was a ham radio operator, stamp collector, and Eagle Scout, going on to become an avid gardener, traveler, and family history researcher. He is survived by his wife, Susan Haggerson Utech; daughter, Becky Utech Gaugler (Rebecca Jane); son-in-law, Jonathan Gaugler; and two granddaughters, Lilian Susan and Audrey Jane Gaugler, of Pittsburgh; as well as his brother, Roger Luther Utech, his wife Sue, and two nephews, Keith and Bryan Utech, and their children, in Wisconsin. Fred studied at the University of Wisconsin, Madison, going on to receive his PhD. from Washington University in St. Louis. He was also visiting scientist and fellow at University of Toyama in Japan, living there for several years and returning frequently to lecture and collect plants with his colleagues. Fred was curator of botany at Carnegie Museum of Natural History for nearly 25 years and an adjunct professor of biological sciences at Carnegie Mellon University. Before retiring, he was an adjunct research scientist in the Hunt Institute for Botanical Documentation. He served on the editorial committees of the Journal of Phytogeography and Taxonomy; Kirtlandia; and Plant Species Biology. His publications can be found online. He also served on a variety of committees, including the Flora of North America Project, Cornell's Natural Areas Project, Pennsylvania Natural Diversity Inventory Project, Atlas of Pennsylvania Flora Committee, Beechwood Farms Native Plant Sanctuary Project, and the Phipps Education Committee. He received grants from the National Science Foundation, Fisher Scientific, Smithsonian Institution, the governments of Australia and Japan, and Carnegie's Netting Research Fund. His memberships included: a founding member of The Westmoreland Museum of Art Society; the American Association for the Advancement of Science; Botanical Society of America; Botanical Society of Western PA; International Association for Plant Taxonomy; International Union for Conservation of Nature; Southern Appalachian Botanical Society; and the Torrey Botanical Society. Fred's extensive field work took him to Japan, across the continental U.S., Canada, Europe, Central America, India, Korea, Australia and New Zealand. He was fascinated by the histories of the places he visited. His family history research applied his scientific documentation methods to collect masses of information on his family from Northern Wisconsin and Germany. Fred Utech has been laid to rest in Allegheny Cemetery, Pittsburgh. A private memorial will be scheduled for spring 2021. Arrangements were entrusted to SNYDER-GREEN FUNERAL HOME INC., Ligonier. In lieu of flowers, donations may be made to Powdermill Nature Reserve in Rector, Pa.,