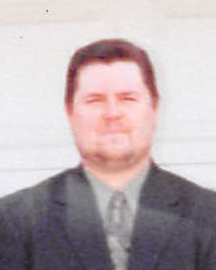 The Life of JOHN ADAM KANE

John Kane, 46, passed away on December 31, 2020, at Iowa Methodist Medical Center in Des Moines. He was born in Des Moines, on January 17, 1974, to James and Jacqueline Kane.John attended Dowling High School and later received his GED. He was an abrasive teddy bear and extremely loyal. He enjoyed cooking and tinkering on cars. He loved tearing them down and putting them back together. John also adored his cats, Jesse and James.John is survived by his sister, Melinda Walling; brother, Dan (Khristey) Kane; and friends, Dustin and Andy. He was preceded in death by his parents, James and Jacqueline Kane; brother, Mike Kane; and brother-in-law, Danny Walling.Visitation will be held from 12-2 p.m., on Sunday, January 10, 2021, at Hamilton’s near Highland Memory Gardens, 121 NW 60th Ave., Des Moines.