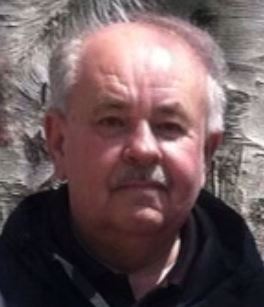 The Life of Michael J. Klambara

Mike was born in Philadelphia, PA to Lillian Crock(Klambara) and Joseph Klambara. He was a graduate of Upper Darby High School. A lifelong resident of Upper Darby, he worked for Westinghouse in Lester, PA. and with numerous vending companies, ultimately holding the position of Vice President of Operations for RDS Vending of Norristown, PA.   Mike was a great man who loved surf fishing the beaches in Brigantine, NJ. and going to farmer’s markets and flea markets. His children remember his work ethic, which was second to none. He was a great man who always wanted his children and grandchildren to succeed at whatever undertaking they chose to do.

Mike is survived by his three sons: Mike Klambara (Michele) of Springfield, PA., Jason Klambara of Glenolden, PA, and Ryan Klambara (Michele) of Glenolden, PA., Virginia Olsen-Klambara, Mother of Mike, Jason, and Ryan and his long-time companion Jean Urban of Secane. He is also survived by his five grandchildren: Erick, Angelea, Tyler, JR, and Jaimee. He is preceded in death by his mother Lillian and father Joseph

A private ceremony will be held by his family. In lieu of flowers, please send donations to Clifton Heights Fire Company at P.O. Box 78, Clifton Heights, PA 19018.

Just wanted to thank you for being the best dad, you are surely going to be missed!

Surf fishing... tried your damnedest, but never caught the big one. We'll catch up for you this summer. Love you miss you