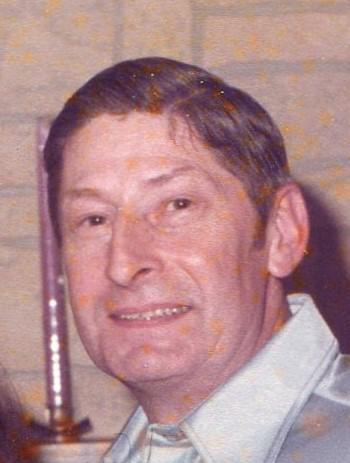 The Life of Gene C. Schlegel

Gene C. Schlegel, 89, of Longswamp Township, died Saturday, January 9, 2021, at Lehigh Valley Hospital-Cedar Crest. He was the husband of the late June E. Schlegel (Meck), who died April 7, 2018, after 66 years of marriage. Born in Kutztown, PA, he was a son of the late Paul L. and Marguerite C. A. (Hassler) Schlegel.

Gene was employed as a Butcher/Meat Cutter for almost 50 years, most recently with Peter Bros. Meat Market in Cetronia, prior to his retirement in 1994. Gene loved gardening, fishing, telling jokes, was an avid philanthpopist but his greatest joy was spending time with his wife.

Funeral services for Gene will be private at the convenience of the family.

My name is Janet Kohler Kehnel and I am the daughter of John Kohler, country butcher, who had his shop outside of Cetronia.  Gene was a great part of my childhoold memories.  All who worked there spoke Pennsylvania Dutch and had great fun, always jokes and laughter.  As a kid, I remember having dirty hands, and Gene said, "Just wipe them on your pants."  He always had a smile and I feel blessed that he is a part of my best childhood memories.  My sincere condolences to his family.

Condolences to the entire family. I have fond memories of crossing the back yards to find my dad and Gene talking in Gene's garden and getting to enjoy a glass bottle of Coke on the back porch step. Those bottles of Coke were a HUGE treat!