The Life of Stephen Joseph Nichols

Stephen Joseph “Steve” Nichols, 74, of Richmond Township, passed away on Thursday, January 7, 2021 in Lehigh Valley Hospital, Salisbury Township, where he was a patient for almost three weeks. He was the loving husband of Betty E. (Sitler) Nichols, whom he married on September 27, 1975.

Born in the village of Landis Store, Berks County, Steve was a son of the late Joseph and Miriam (Spangler) Nichols. He was a 1964 graduate of Brandywine Heights High School and honorably and faithfully served his county in The United States Air Force.

Steve made a career of his favorite hobby: buying and selling automobiles. He was the owner of the former Steve Nichols Buick and Pontiac Dealership in Hamburg. He also was a salesman at Kutztown Auto Company for many years and the former Mente Chevrolet, Kutztown. Most recently, Steve worked as a realtor at the John Monaghan Group of Kutztown, where he also worked for many years.

Steve loved to cook and spend time on his farm. He also was an avid collector of antiques and along with his wife, Betty, owned and operated Village Squire Antiques in Kutztown.

In addition to his parents, Steve was predeceased by his siblings, Frederick Nichols, Jonathon Nichols and Myra (Nichols) Greenfield.

There will be a drive-thru viewing on Tuesday evening, January 12, 2021, from 4:00 to 7:00 PM at Ludwick Funeral Homes, Inc., 333 Greenwich Street, Kutztown. Services and inurnment will be held privately.

In lieu of flowers, the family requests contributions be made in Steve’s memory to American Diabetes Association, P.O. Box 7023, Merrifield, VA  22116-7023 or online at www.diabetes.org/donate.

My first memory of Steve was riding the bus to High School. He was always fun and caring. As we wound up in the same area as adults our paths would cross. Our greeting was always a smile and a hug. So sorry for Betty, one of the nicest people I know. This was too soon, too young. 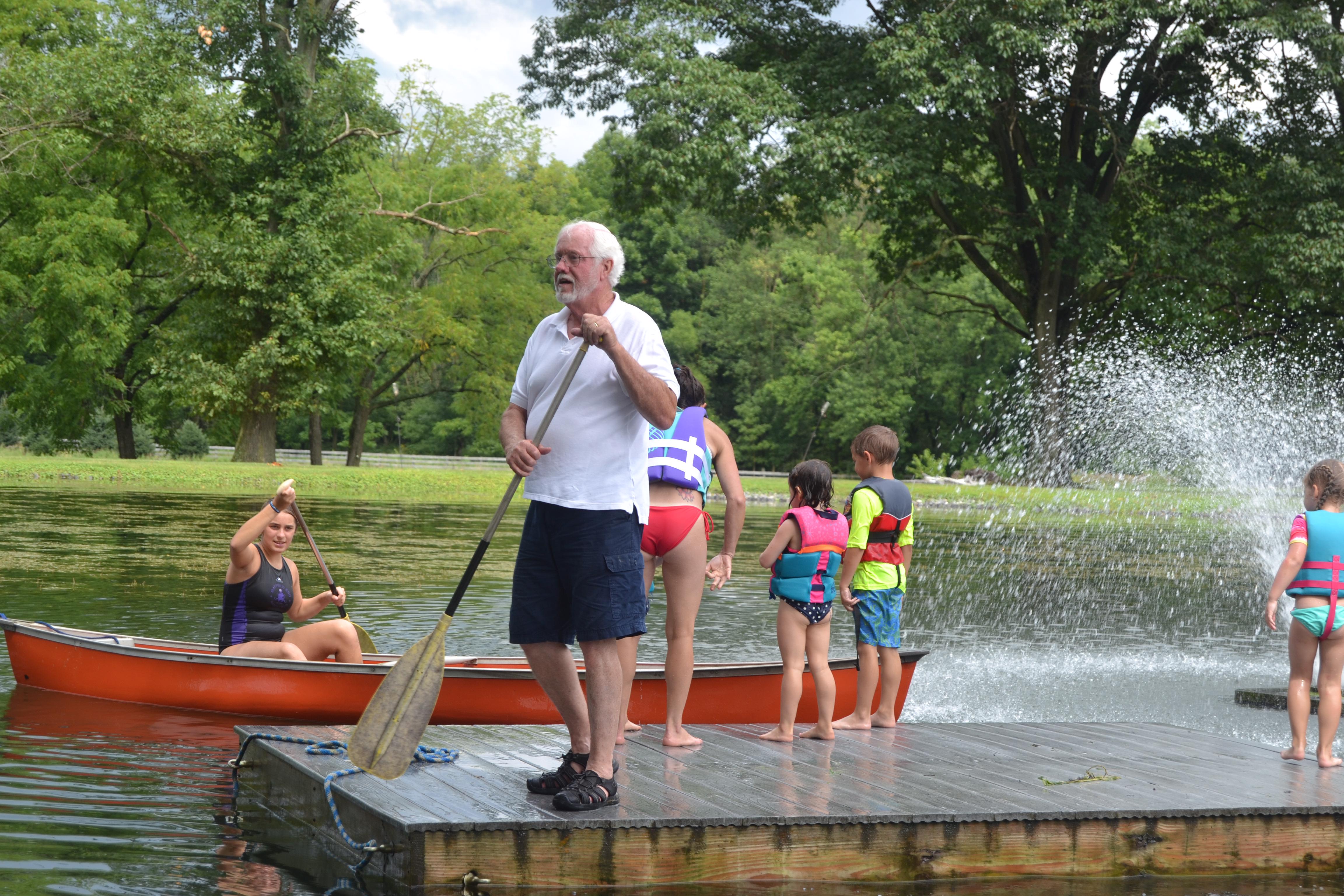 Uncle Steve brought so much love and joy to our family. I will always remember and cherish all the great family reunions when he and Aunt Betty brought us together as a family.Uncle Steve has been such a wonderful Uncle.  We will miss him deeply. RIP Uncle Steve! We love you!

Betty and Gary I am so sorry to have read of Steve's passing. To young in life. Condolences to the entire family.

Loved by everyone that met him, personality plus! wonderful person husband , father  and Betty partner!! Love

My Brother Steve, who was my  best friend,  brought so much to my life.

I'm missing you Steve and all of our family and friends feel the same.

My prayers go out to all who mourn this loss, especially Betty, his wife, and his son Gary.

I have only breifly spent time with Steve. I live with his brother Phil in California.

The first time we met was ThanksGiving five years past.

We attended a large family gathering and a bountiful ThanksGiving feast at Steve and Betty;s home.

Betty and Steve could host six people or thirty providing a fun time for all without a hitch and it was a night to remember.

Next time  I went to Pennslyvania we were invited to an amazing wedding on their proprty for the wedding of Steve's granddaughter.The ceramony was preformed on the grounds with candles lit all over the property. A tent was provided for the reception and was a memorablel beautiful evening because of all the effort to make it a perfect night..

Lastly, Steve and I worked together for a week last October preparing for a memorial at the Family studio. It was a lot of work and a lot of fun.I am so grateful for the time I had the opportunity to get to know him better.

We will all miss him. 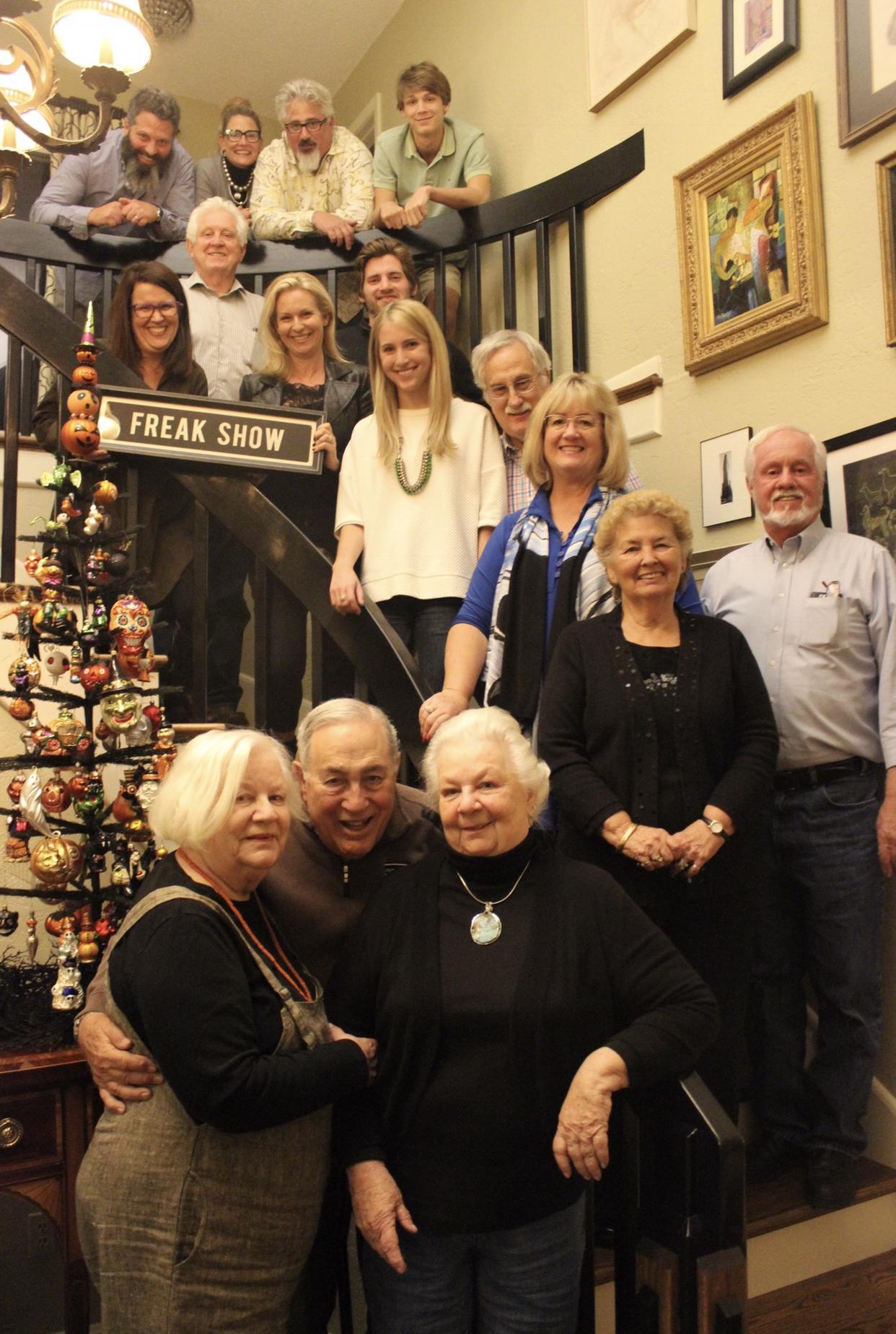 Uncle Steve's sister Myra's 80th Birthday October 2015. Uncle Steve and Aunt Betty were always up for a road trip and getting family together! Uncle Steve was the best! He will be greatly missed. Much love for all who knew him. Phil, Jill and the kids.

Alvin asked Peter and I to pass along his condolences.  He considered Steve and very good friend and was thankful for the times he visited him in 'the home', he said with a chuckle.  Steve as we all know had many interests, one was antiques.  He had a stand at Renningers in Kutztown where he and Al had many good conversations.  Al said he would surely miss his company and wants Betty to know how dear his friendship was.

Peter and I also wish to express how sorry we were to hear about Steve's passing.  He will be missed by many.

May your hearts soon be filled with wonderful memories of joyful times together as you celebrate a life well lived!  So sorry to hear about Steve!