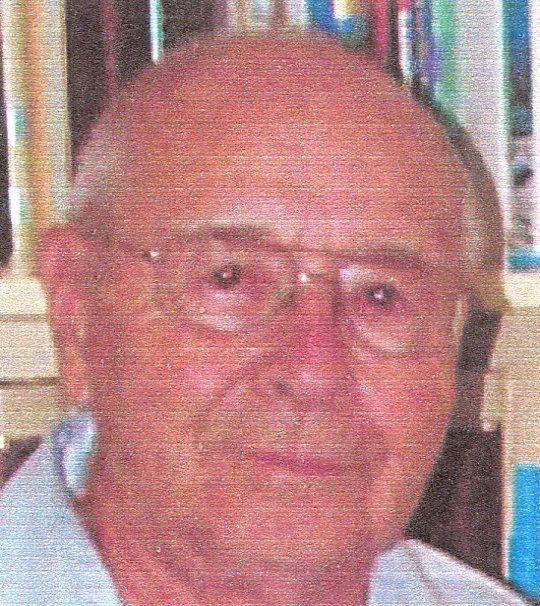 The Life of Harold H. Schaeffer

Harold H. Schaeffer, 91, of Phoebe Berks Village, formerly of New Jerusalem, died Thursday, January 7, 2021, in Reading Hospital - Tower Health, West Reading.  He was the widower of J. Virginia (Glasser) Schaeffer, who died May 10, 2019. They had been married 60 years. Born in Fleetwood, he was a son of the late James J. and Cora (Heist) Schaeffer.

Harold served as a former moderator of the East Berks Association of the PA Southeast Conference, United Church of Christ and served on various committees of both the conference and the Association.  In addition to his involvement in church activities, he also served as treasurer of the Pennsylfawnish Deitsch Fersommling fon Baerricks Kounty for many years.

Harold honorably and faithfully served our country as a member of the United States Army during the Korean War, assigned to NATO forces in Germany, attaining the rank of Sergeant.

Harold was employed from 1944 until his retirement in 1978 as the produce manager for ACME Markets, Kutztown.  After his retirement, he served as caretaker of the New Jerusalem Union Cemetary from 1979 to 1989

Upon moving to the Phoebe Village, Harold volunteered as a gardener on the grounds of the Phoebe campus.  He was well known and his humor and wit were enjoyed by the Phoebe residents.

The family would like to express their gratitude to the staff of Phoebe Berks for the kind compassionate care Harold and Virginia received.

The family requests contributions be made to the music program at Phoebe Berks, 1 Reading Drive, Wernersville, PA 19565 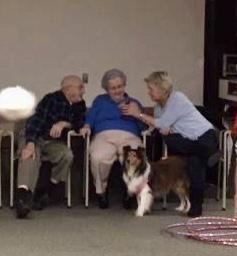 Harold and Virginia were such special people. I met them through Therapy Dogs

Over the years they loved my Sheltie Katy. They dog sat when I had surgeries and a vacation

Shelties were their favorite breed

She knew where Harold had her treats and he loved to play with her.

With Virginia playing the piano for the Phoebe Phive, Harold sat beside her and was her dependable page turner. Always with a smile, he neve missed a beat. We of the Phive miss them both, but we are glad they are making music together again!

I first met Harold in 1967 when I began attending the New Jersulem church and started attending services with my then to be wife Judy. I also worked in the shopping center in Kutztown where Harold worked in the Acme market. He was dedicated to both his work and the church. One thing Judy and I recall was the way he and Virginia kept their home. It was always well kept and the landscaping was great. You'd always get a warm wave and hello from the both of them.