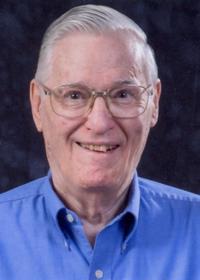 The Life of WAYNE LeROY GANDY

Wayne LeRoy Gandy passed away on Christmas Day, December 25, 2020, at Senior Suites in Urbandale, Iowa. He died of natural causes just three hours before his 95th birthday.Wayne was born December 26, 1925, in Des Moines, Iowa, to Walter and Grace Gandy. He graduated from Johnston Consolidated High School in 1944 and followed in his father’s footsteps working as an automobile mechanic. He married the love of his life, Mary Hamling, in 1948. He served in the Army during the Korean War. While stationed in the Panama Canal in 1953, their first child, Doris Jean, was born. A year later, Wayne and Mary had daughter, Janis Elaine, and two years later, a third daughter, Joan Elizabeth, was born.Wayne was a member of Union Park Baptist Church for close to 70 years. He enjoyed watching baseball (especially the St. Louis Cardinals), old westerns with Gene Autry and Roy Rogers, and Hallmark movies on TV; playing beanbag baseball on the Senior Suites team; going for Sunday drives and stopping for ice cream; singing off-key to his girls on their birthdays and giving them Whitman Samplers every Christmas. Wayne was a devoted husband and father, and he loved his family dearly.Wayne is survived by his two daughters, Janis and Joan; granddaughter, Sarah; great-granddaughter, Emmy; brother, Donald; and many nieces and nephews.Wayne was preceded in death by his wife, Mary; daughter, Doris (Doty), and brother, Harold.Due to Covid restrictions, a socially-distanced graveside memorial will be held for immediate family only. Memorials may be sent to Senior Suites of Urbandale, Attention: Debbie McAninch, 4700 84th Street, Urbandale, IA 50322.