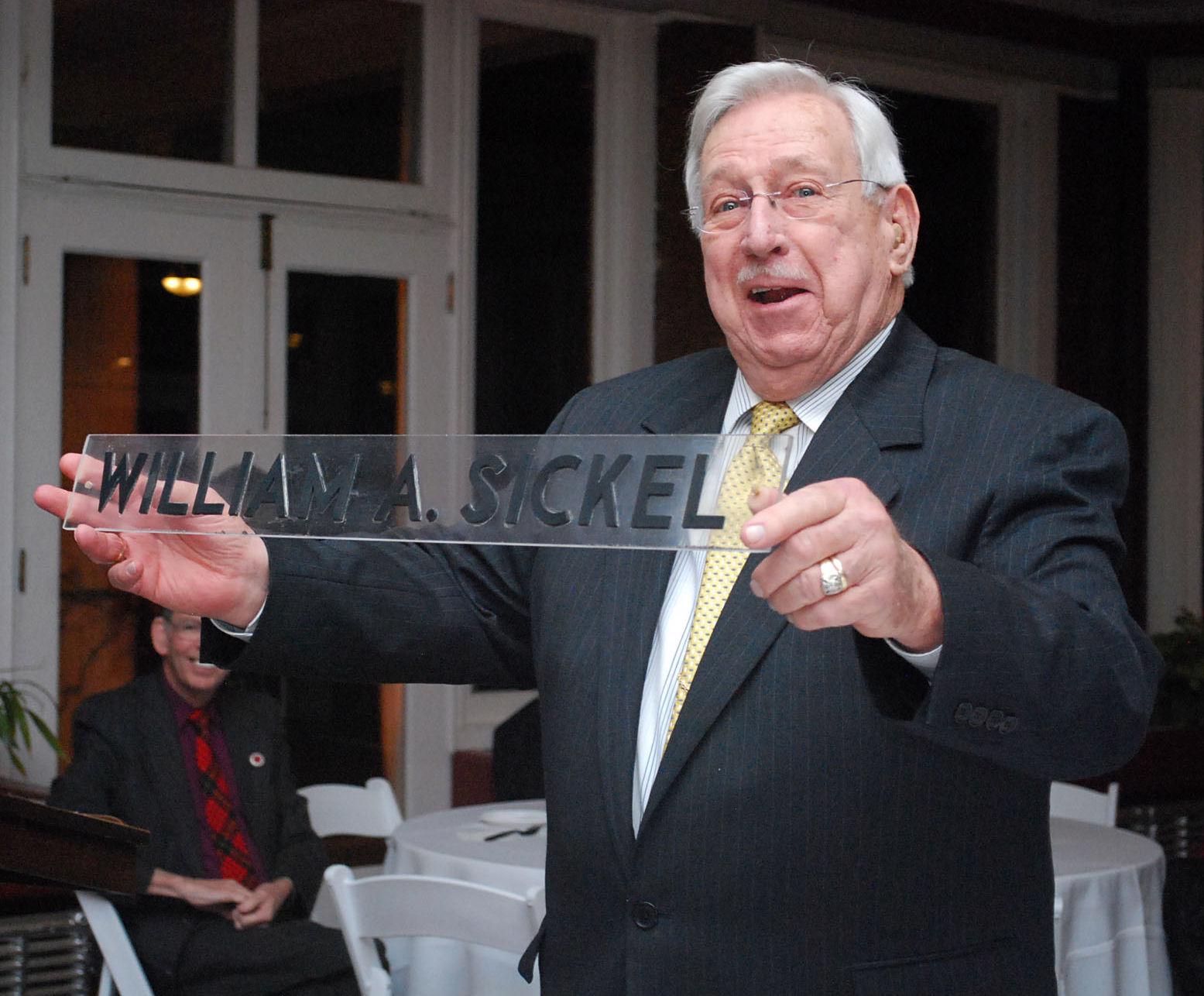 The Life of William A. Sickel

Bill was born to parents, Geneva T. And Walter A. Sickel in the Somerton section of Northeast Philadelphia. He graduated from Frankford High School in 1946. He attended Eckels College of Mortuary Science and served a 2-year apprenticeship with the Andrew J. Bair and Son, one of three firms in Philadelphia over 100 years old. He became a Licensed Funeral Director in 1949 at 21 years of age.

Coming from a Navy family, he enlisted in the Navy during the Korean Conflict and served four years as a medical corpsman. He served on the Destroyer USS Preston DD.795, as well as the Portsmouth Naval Hospital, the Philadelphia Naval Hospital, and the Epidemiology Research Unit in Bainbridge, Maryland where he was discharged in 1954.

After his service, he returned to the Andrew J. Bair and Son Funeral Home, which later merged with the R.R. Bringhurst Co. Inc. (another 100 plus year firm). He and his partner, H. Blair Anthony became owners of R.R Bringhurst -Andrew J. Blair Funeral Home in 1973. The funeral home was then purchased by the West Laurel Hill Cemetery Company of Philadelphia in 1994 and became known as the West Laurel Hill Funeral Home, Inc. in 2016. Bill retired in 1993 but at the death of his partner, Blair Anthony, in 2010 he returned to serve as the Supervisor until his death.

As a youth he belonged to the DeMolay, a masonic youth fraternity, and was a boy scout. As an adult, he was a  member of Lodge #717 F. and M. Benjamin Franklin Consistory 32 degree Masonic Organization, LuLu Temple Shrine, the American Legion, Bucks-Montgomery Funeral Directors Association and the Hazelton Veterans, a social group of 20 plus funeral directors now defunct. Bill was also a longstanding member of the Holy Trinity Lutheran Church in Abington, where he served on church council and was an usher.

Bill was introduced to his future wife, Janet (Helm) Sickel, on a blind date set up by his mother and her aunt. They were married for 54 years until her death in 2010. Bill and his wife left their home on School House Lane in Willow Grove, PA and moved to Wesley Enhanced Living in Hatboro where they met many friends, including Unajane Finegan.

He is survived by his two daughters Paula Alldred (James) and Virginia M. Trea (Edward), grandsons Andrew and Gregory DiSario, and twin granddaughters, Emily and Elizabeth Trea. He is predeceased by granddaughter, Angelique DiSario.

He loved to swim, dance, vacation with family in Ocean City, NJ, go on cruises, watch Broadway shows, and spend time with his grandchildren. He loved to laugh and was especially happy having friends over for a cook-out on his deck on a warm summer night.

A private burial service at Sunset Memorial Park will be held. Taps will be played and a gun salute by the military honor guard.

A public memorial will be scheduled when it is safe to gather.

In lieu of flowers please consider donating to Bucks for Kids, an organization that provides financial support for at risk children, at P.O Box 1711, Doylestown, PA 18901.

Filter William A. Sickel's Timeline by the following Memory Categories