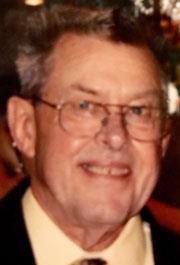 The Life of RICHARD JAMES MCKENZIE

Richard James McKenzie, 78, of West Sunbury passed away Monday, Nov. 16, 2020, from complications after surgery.Born Oct. 4, 1942, in Pittsburgh, he was a son of the late Gladys Huling McKenzie.Richard retired from Ryder Truck Rental as a diesel mechanic in 2004, following 38 years of service.He enjoyed hunting, fishing, gardening and the outdoors. He was an active steward for the International Association of Machinists. He was a super handyman and enjoyed car restoration.He was a veteran of the U.S. Army.Surviving are his wife, Sandra (Miro) McKenzie, whom he married May 29, 1965; three children, Jim (Lee Ann) McKenzie of Butler, Dana (Robert) Huey of Ohio, and Michael (Ryan Obermiller) McKenzie of Washington, D.C.; three grandchildren, Lauren Marie and Madison Grace McKenzie, and Ethan Scott Huey; his sister, Nancy (Gary) Niemetz of Colorado; and numerous nieces and nephews.In addition to his parents, he was preceded in death by his brother, Daniel McKenzie; and his sister, Carol Niedermeyer.MCKENZIE - Friends of Richard James McKenzie, who died Monday, Nov. 16, 2020, will be received from 6 to 9 p.m. Thursday at Geibel Funeral Home, 201 E. Cunningham St., Butler.Private interment will be at Allegheny Cemetery in Pittsburgh.Due to the current mandates and restrictions, everybody attending is to respect social distancing, and provide and wear a facial covering.In lieu of flowers, memorial donations may be made in Richard's honor to the Wounded Warrior Project of Pittsburgh, 600 River Ave., Suite 400, Pittsburgh PA. 15212, or by telephone at 412-471-0935.For more information or to leave an online condolence, please visit www.geibelfuneralhome.com.
To Plant Memorial Trees in memory, please visit our Sympathy Store.
Published in Butler Eagle on Nov. 18, 2020.
Read More