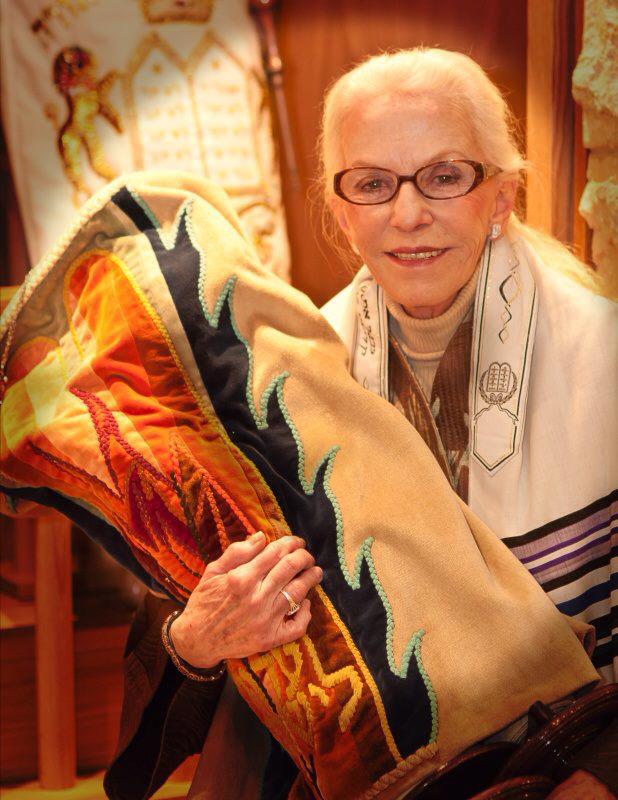 The Life of Freda Heyman

Freda Heyman died peacefully on October 29, 2020, a few days after suffering a heart attack, at age 87.

Freda was born on February 22, 1933, in Philadelphia, to Anna and Nathan Lozanoff, immigrants from Russia. She was the middle child between her older sister Lillian and her younger brother Marty. Throughout her life, Freda never lost her Philly accent or her taste for soft pretzels with mustard. As a girl, she loved doing science experiments and playing the piano. She never let her own kids forget that she used to practice piano five hours a day. One time her neighbor called the police because she wouldn’t stop playing, but even the police officer was impressed with Freda, telling her, “Girly, keep practicing!” In short, Freda was a bossy, opinionated girl who did whatever she wanted, and mostly got away with it.

She knew from a young age that she wanted to be a doctor, at a time when that was a rarity for women. She attended the University of Pennsylvania, majoring in chemistry, and went to medical school at what is now known as UCI School of Medicine in California. She was one of three women among five hundred students. She thought all of her fellow classmates were idiots and preferred to do group projects alone so no one else would drag down her grades. She graduated second in her class.

She started her medical career in Flint, Michigan where on her first day as a resident, her flaming red curly hair caught the attention of a successful Jewish surgeon named Albert in the hospital cafeteria. He took one look at her and was smitten. They married six weeks later.

Albert and Freda settled down in the New York area, eventually landing in Woodmere, Long Island, and had five children in seven years. Before the phrase “having it all” was even a thing, Freda combined motherhood and career with the drive and organizational efficiency of General Patton. The suburban chapter of her life included working annually as the children’s summer camp physician and 10 years of service on the local school board. During this time, she became a fierce activist for women’s rights. She took her daughter Lori to march in support of the E.R.A. in Manhattan in the early 1970s and was president of the local chapter of the National Women’s Political Caucus. She hosted congresswomen Bella Abzug and Shirley Chisholm in her home.

She also loved to throw parties of all kinds and for any occasion. Besides the usual Bar and Bat Mitzvahs, she’d have parties to celebrate the end of the school year at which she’d rent professional amusement park rides, stick them in front of the house, and invite the entire neighborhood to attend.

Freda always believed travel was an essential part of one’s education. Instead of going to more common destinations like Florida, she arranged trips for the entire family to Russia, China, South America, Egypt, Morocco, and other exotic locations. Freda’s adventurous spirit led her family to spend their Christmas vacation one year at a primitive shack on the Amazon River, where the kids fished for their piranha dinner.

As the kids got older, Freda went back to work full time as an ER physician, working nights in inner-city hospitals treating gunshot wounds, stabbings, drug overdoses, and other adrenaline-producing cases. She loved the challenge and camaraderie of the emergency room, always preferring to work the overnight shift where she was the top physician in charge. In addition to practicing medicine, she gave back to the medical community by serving in a number of volunteer roles including President of the New York State Osteopathic Medical Society (NYSOMS).

Throughout most of her life, Freda was an unapologetic, two-pack-a-day smoker. When asked “How can you be a doctor and smoke?”, Freda would answer, “Just because I have a cold doesn’t mean I can’t treat a cold.”

Freda operated her life under an open-door policy -- the family home was always open to neighborhood kids needing emergency sutures or medical interns without a place to go for Thanksgiving. She never said “no” to requested sleepovers or placed a limit on the number of guests at a party. As with everything else in Freda’s life, more was always better.

Later in life, Freda and Albert returned to her birth state of Pennsylvania, putting down new roots in Bucks County. Albert enjoyed the country life, but of course, Freda continued to practice medicine into her early 80s. When not in scrubs, Freda could be found outside in her gorgeous gardens or kibbitzing with the vendors at Rice’s Flea Market.

Throughout Freda’s journey, Albert’s constant support and cheerful disposition enabled Freda to live life “her way,” and bring family and friends along for the ride. She wanted everyone she met to be the best person they could be, and she would tell them exactly how to do that, in no uncertain terms. Blunt doesn't begin to describe her style -- more like bulldozer. She wasn’t always easy, but that was never the goal.

Freda had an unforgettable impact on everyone who was lucky enough to have known her. She will be greatly missed.

Freda is survived by her husband of 62 years, Albert of Furlong, PA, and her brother Martin Lozanoff of Philadelphia, PA. She is predeceased by her sister Lillian. Freda leaves behind her children David and wife Lynn of Wynnewood, PA; Lori and partner Bill of Menlo Park, CA; Steven and partner Denise of Woodbridge, CT; Robin and husband Michael of Monroe, CT; Terry and husband Bill of West Chester, PA; her grandchildren Brooke, Andrew, Rachel, Jenny, Matthew, Samantha, Julia, Amanda, Aaron, Lindsey, Jack, and Anna; her close friend and companion for the last decade of her life, David Zimmer, Jr.; and her beloved fish, Koi-a-la.

In lieu of flowers, donations in Freda’s memory can be made to the United States Holocaust Memorial Museum in Washington, D.C.  https://donate.ushmm.org/6hRw6kqugUOvJLNKCIbD1g2