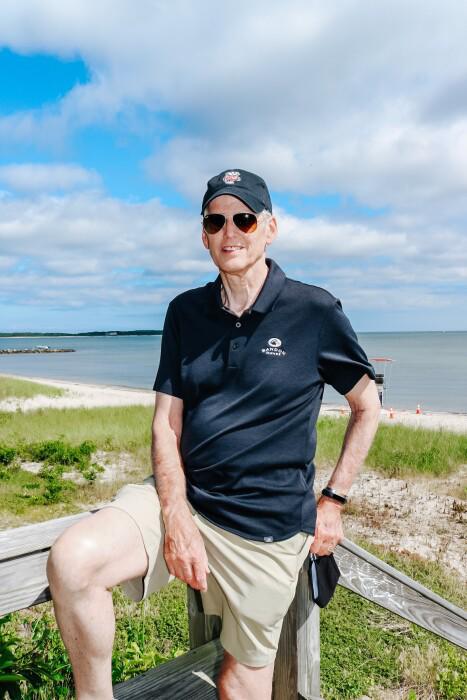 The Life of Kent Marshall Wells

Kent Wells, 66, of Alexandria, Virginia passed away in his home on Friday, October 9, after a 13-year battle with Multiple Myeloma.

Kent was born on June 10, 1954, in Garden City, Kansas, and attended primary and secondary schools in Garden City and Falls Church, Virginia. He graduated from the University of Kansas in 1976 and the George Washington University School of Law in 1979.

Kent was married in 1981 to Deborah "Debbie" Owen, and they raised their family in Alexandria.  Kent was Vice President of Federal Relations of AT&T in Washington, D.C. His interest in communications began during high school when he worked  at the radio station in his home town of Garden City, Kansas.

Kent was preceded in death by his parents, Robert and Kay Wells, and his infant son, Emerson.  He is survived by his wife Debbie Owen Wells, two sons – Trevor Wells and wife Allyson Wells, of Long Beach, California, two granddaughters Elena and Madelyn Wells. Bryan Wells and wife Laura Schlapp of Alexandria, Virginia– and his brother Kim Wells and wife Bonnie of Lawrence, Kansas.