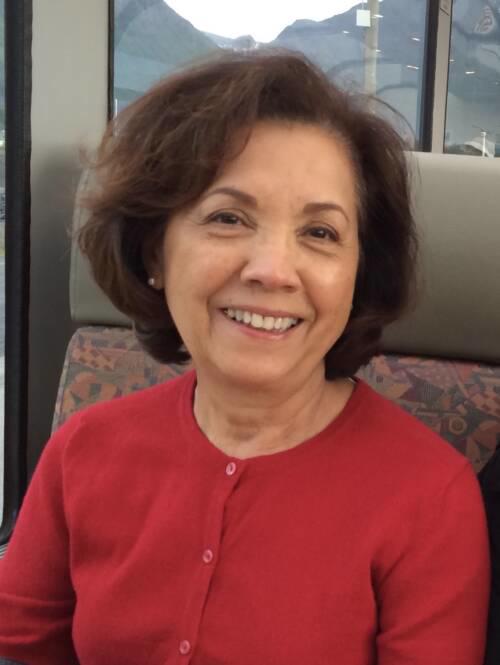 The Life of Mary Helen A Martinez

Mary Helen Martinez, age 78, of Alexandria, VA passed away peacefully in her home surrounded by her loving family after a yearlong battle with pancreatic cancer. She is survived by her husband, Filiberto E. Martinez, Jr. and three children: Laura Martinez Lashinsky, JoAnn Martinez-Shriver and Steve Martinez.

Born as Mary Helen Alonzo in Parras Coahuila, Mexico in 1941, she grew up in San Antonio, Texas and became a U.S. citizen on May 30, 1996. As a young woman, Mary Helen married Filiberto on August 7, 1965 in one of the oldest missions in San Antonio. Throughout her life she called San Antonio; Burbank, California; and ultimately Alexandria, Virginia, her homes. While Mary Helen largely considered herself a “home body”—she did enjoy frequent travel to California to visit her children who reside there as well as adventures to Alaska, the Bahamas and multiple times to Disney World. She particularly relished family beach trips to the Outer Banks in North Carolina where she enjoyed sunset walks on the beach as well as splashing in the waves with her grandchildren.

Mary Helen was an avid gardener with the greenest of thumbs. She could make anything grow. She planted and maintained many lovely flowers in her yard—thus earning her “Beautiful Yard” awards when she lived in the Pinewood Lake Community. Mary Helen was also an excellent cook and kept traditions of Mexican food alive among her children. Perfect homemade tortillas and enchiladas were among her specialties. She was also active in her community and enjoyed participating in the Pinewood Lake Community Clean-up and Summer Movie Nights at the pool.

A funeral mass will be held for her at Good Shepherd Catholic Church on Monday, September 28, 2020 at 10:30 a.m. and she will be buried at Ivy Hill Cemetery following the mass. All friends are welcome to Mary Helen’s mass, but her interment at Ivy Hill will be limited to immediate family. Thank you for your understanding.